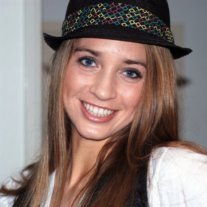 Kayla Marie Hallee, 20, of Mission Viejo, CA, beloved daughter, niece, granddaughter, sister and friend, died on August 27, 2013 as a result of drowning off the coast of Santa Barbara, CA.

Kayla was born on October 10, 1992 in Anaheim, CA and was raised for the majority of her life in Mission Viejo, CA. A graduate of Mission Viejo High School in 2010, Kayla was attending the University of California, Santa Cruz as an Environment Studies major.

An avid lover of nature and animals, Kayla loved the outdoors. Some of her interests included hiking, running and soccer. Her love of the woods, trees and beaches lead her to Santa Cruz where she could appreciate the outdoor splendor. Kayla was also a music lover and her tastes in music ran the spectrum. She enjoyed singing, playing guitar and dancing. She could always be found with a book or two and a journal to capture her thoughts. Her smile could light up a room and her laughter could not be suppressed.

Kayla will be greatly missed by everyone whose life she touched with her spirit and her smile. A ‘Celebration of Life’ will be held at Mission Viejo Christian Church in Mission Viejo, CA on Monday September 9, 2013 at 4:00 PM. In lieu of flowers, we are inviting those who wish to honor Kayla to order a tree in her memory at www.arborday.org.

“It is not length of life, but depth of life.” – Ralph Waldo Emerson