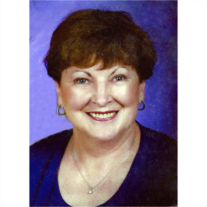 Kay Tipton Davidson of San Juan Capistrano quietly passed away the morning of November 26th in San Clemente, with her beloved husband John by her side.

Born on February 23rd, 1937, in Peoria, Illinois, Kay moved with her family-father Paul, an architect, mother Mildred, a homemaker, and her sister Nancy-to Oakland, CA in 1942. An outgoing, lively student, Kay graduated from Castlemont High School in 1955 and later attended Chico State. After school, Kay worked for three years at the Lawrence Livermore National Laboratory. In the fall of 1959, she met John Davidson, a naval aviator stationed at Alameda Naval Air Station. Married the following March, Kay and John moved to the island of Okinawa where John was assigned for duty with a Navy Patrol Squadron.

Kay loved driving her beloved MGA sports car and learned how to button up their house in advance of several oncoming typhoons over the next two years. In early 1962, she gave birth to her first child, Michael, and in late summer of that year, the young family moved to Annapolis, Maryland, where John taught classes in engineering and math at the U.S. Naval Academy. While in Maryland, Kay gave birth to their second child, a daughter, Noelle. In 1964, the Davidson clan moved to Orange County, California-first to Garden Grove and then to San Clemente. In 1970, Kay gave birth to their third child, Christopher. In 1972, the Davidsons settled in San Juan Capistrano, where Kay and John have lived for 45 years.

John worked at a Douglas Aircraft (later Boeing) as Kay raised their three children at home, while also finding time to volunteer with the Children’s Home Society, the San Clemente Junior Women’s Club, and the Philharmonic Society of Orange County. Kay loved to travel, she loved to host parties, and she loved to laugh.

She was a doting grandmother to her five grandchildren and a kind and dear friend to many people. Kay is survived by her husband of fifty-seven years, John; her sister Nancy Lacy, of Austin, Texas; and her three children and their spouses: Mike and Karla Davidson, of Carlsbad; Noelle and Tom Vogt, of Chino Hills; and Chris and Carolyn Davidson, of Long Beach.

A memorial service will be held at 2pm on Saturday, December 9th, at Our Savior’s Lutheran Church, 200 Avenida San Pablo, San Clemente, CA 92672. In lieu of flowers, the family is requesting donations be made on behalf of Kay Davidson to the Junior Diabetes Research Foundation. [http://www.jdrf.org/]