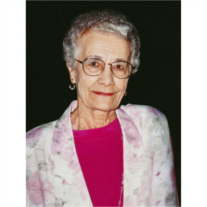 Kay Surak was born Catherine Strongosky on January 8, 1925 in Reitz #2, a small coal mining town near Cairnbrook, Pennsylvania. She was the fourth of eleven children born to Nicholai and Christina Strongosky, who had immigrated to the United States from Austria-Hungary, just after the turn of the Century.

As a child, Kay enjoyed playing hopscotch, volleyball and softball. She loved sharing the housework with her siblings, and learning to cook and sew. When Kay was in the eighth grade, her family moved a short distance to Cairnbrook. Her father built a lovely house on a large parcel of land, where the family raised chickens, pigs and cows, and grew a variety of vegetables. Kay had fond memories of a busy household, and her large family sharing the outhouse during cold Pennsylvania winters.

Kay attended Shade Township High School where she studied home economics and participated in various sports. She sang in the school choir and enjoyed studying history. As a sophomore, she began dating her future husband, Walter Surak.

Walter enlisted in the US Army in 1942, and in 1944 was stationed at Fort Benning, Georgia. That year Kay traveled South and they were married just before he was sent to Europe to join the war. Kay spent the next two years living and working in New York City, traveling to Washington DC, and to Pennsylvania to visit her family.

In 1946, while living in Cairnbrook, Kay and Walter became parents with the birth of their twin babies, Christine and Walter. Just after Ronald was born in 1952, Kay and Walter moved the family to North Tonawanda, New York, a suburb of Buffalo. In 1954 Dennis was born, and the family was complete.

In 1961, Kay and her family moved cross-country to Orange County, California. As her children grew up, and Kay had more free time, she attended night school and worked as a waitress. She truly enjoyed the busy restaurant atmosphere, interacting with customers and making new friends.

After living in several Orange County cities over the next eighteen years, Kay and Walter retired to Nuevo, California and eventually to Sun City, near Hemet. They made new friends and had fun with their neighbors. They traveled back to Pennsylvania and Florida many times to visit family. In 1989 Walter passed away, and in 1997 Kay move back to Orange County, to Laguna Woods.

In her later years, Kay enjoyed being with her family and doing volunteer work. She loved to go to daily Mass at St. Nicholas and seeing her friends at the sewing group. Kay assisted at a local elementary school for many years and enjoyed working with the young students. She loved her weekly bingo, her friends at the bunko club, rooting for her Dodgers and Lakers, and working out at the community gym.

In lieu of flowers, donations may be made to the American Heart Association, www.heart.org.