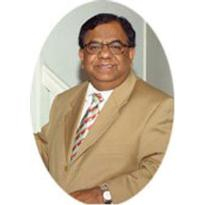 -A generous man prospers. He who refreshes others refreshes himself.’
Proverbs 11:25

In 1977, Dr K.O. George immigrated to United States with his family to further his professional training. He co-founded Hahnemannian Research Center and HRC Labs in Irvine, CA. He is well known nationally and internationally as a leading authority in Homeopathic Medicine and was a regular seminar speaker on ‘Chronic Degenerative Diseases.’ He was a contributing editor to several books and articles on the same.

He had an undying passion for the furtherance and the growth of Homeopathy and its education. He has also provided generosity to several charitable organizations all over the world and hospitality to many ministers of the Gospel. Dr K.O. George has left behind a unique legacy of optimism and hope.

Please view photos and video of the services for Dr. K.O. George at http://2brophoto.com/gallery/drkogeorge/.