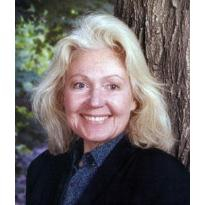 Mrs. Russell earned her A.A. degree at Diablo Valley College 12/20/1986, her B.A. at University of California-Berkley on 5/20/1990 and her M.S. degree and teaching credential at California State University Hayward on 8/28/1992. She worked as a Child Psychologist for the Antioch school system in northern California.

Mrs. Russell had a passion for wildlife and enjoyed hiking, rescuing animals, playing tennis and traveling.

She is survived by her husband, Donald L. Russell; her son and his wife, Scott and Cinnamon Cruz; her daughter and her husband, Aaron and Tracey Saint; her grandchildren Taylor and Danielle Saint; her sister and brother-in-law, Linda and Tommy Givon, and a nephew Nathaniel Givon.

A memorial service will be held at 11:00 a.m., Saturday, May 2, at O’Connor Mortuary Chapel in Laguna Hills. Pastor Jason Huebner, grandson of Donald Russell, will be officiating. Donations in memory of Kathleen M. Russell can be directed to the Mountain Lion Foundation, P.O. Box 1896, Sacramento, CA 95812, www.mountainlion.org.