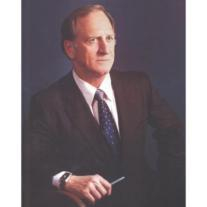 Julian E. Fernandez was born in Centerville, Louisiana on Dec. 12, 1922. He was a graduate of Centerville H.S. and Spencer Business College. He served his country as a member of the U.S. Army Engineers and had the rank of Master Sergeant. He also served as a member of the National Guard. Julian started his career in 1941 as a chief chemist at Maryland Co. Then in 1944, he began a 28-year tenure with Brown and Root, Inc. and eventually became their regional manager. He then went on to acquire Service Machine and Shipbuilding Co. where he held the title of Chief Executive Officer. He sold in the late 70’s and ventured into several new businesses, one being Abita Water Co. Julian semi-retired to Mandeville, LA and was a member of the Beau Chene Country Club. He was an accomplished golfer and multi-engine private pilot.

Julian was Captain of Krewe of Adonis in Morgan City, LA for 10 yrs. He was also a longtime member of the Krewe of Louisiana. After selling Abita Water Co., he then moved to the retirement community of Laguna Woods Village in California to be near his daughters. He was well known throughout the community for his southern charm and his love of people. He was also a member of the American Legion. Julian died peacefully at his home on Nov. 16, 2012 with his family by his side. He was just shy of his 90th birthday. Julian was preceded in death by two of his children, Carol Ann and Patrick Lee Fernandez. He is survived by his daughters, Carol Ann DeAngelis and Christina Hammond, his sons Jack, Michael and David Fernandez, stepsons Justin Jones and Len Walker, 12 grandchildren, 14 great-grandchildren, and 2 great-great-grandchildren. He will be remembered as a loving father and great friend and will be deeply missed by all who knew him. He was a man of strong faith, and we are comforted knowing he went home to be with the Lord.