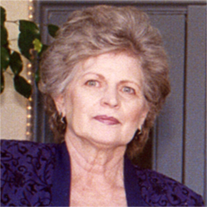 Judith Anne Stein, beloved mother, grandmother, great-grandmother, and friend, passed away peacefully at a care-home in Lake Forest, California on January 17, 2017 at the age of seventy-five.

Born in Los Angeles County, she lived in California her whole life, raising her children in Long Beach and later in Anaheim. Judy was a hard worker, making life-long friends at Riviera where she worked as a secretary, and later as a records supervisor with the Orange County Sherriff’s Department, where she worked until she was forced to retire due to a medical condition in 1994. In spite of this, against all odds she was still able to live independently in Laguna Woods until 2016, enjoying many activities such as movies, going out with friends, and crafting. She loved to travel, loved gambling in Las Vegas, and was an avid Angels baseball fan, rarely missing a televised game.

In her final months she was moved to a care-home, and was lovingly cared for by their staff until her death. She is survived by her children Donnie McDougall (Cari), Laurie Lenzini (Robert), and Candice Rogers, and her beloved grandchildren Riley McDougall, Danielle McDougall, Lindsay McDougall, and Adam Lenzini, and great-granddaughter Emma Dixon. Judy’s strength and independence were an inspiration to those who knew her, and she will be greatly missed.
Family and friends are invited to a memorial service in her honor which will be held on Saturday, February 4th at O’Connor Mortuary, 25301 Alicia Pkwy, Laguna Hills, at one o’clock in the afternoon, followed by a graveside service at El Toro Memorial Park in Lake Forest.

Our family would like to thank the caregivers from Tuscany Senior Living for their compassionate care of our mother during her final days, and especially for the karaoke which brought her so much joy. We would also like to personally thank Gloria Pedersen for her loyal friendship over the years. Judy always looked forward to the adventures and laughter that they shared.

“Don’t think of her as gone away, her journey’s just begun; life holds so many facets, this earth is only one.” – author unknown