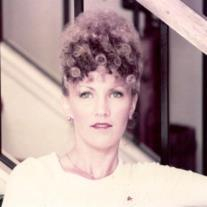 Juanita Marie Golden of Lake Forest, CA, formerly of Sioux City, passed away peacefully Sunday, February 22, 2015 at her home surrounded by her family following a courageous battle with ALS.

A graveside service will be held 3:00 p.m. Saturday, March 28, at the Sioux City Memorial Park Cemetery followed by a reception with the family beginning at 4:00 p.m. at the Calvary Lutheran Church Parish Hall located at 4400 Central Street in Leeds. For obituary and online registry please visit https://www.oconnormortuary.com/obituaries/Juanita-Golden/

Juanita was born in Sioux City, Iowa on November 9, 1948, to Warren and Norma (Lucart) Plunkett. She resided in Sioux City until 1977 and then moved to Brownsville, Texas. Shortly after, she moved to Lake Forest, California in 1978 where she resided until her passing.

Juanita married Gary Golden on January 26, 1965 in Sioux City, Iowa. A loving wife and mother, she remained very close to her children and family throughout her life. Hard working and dedicated, she worked at Aalfs Manufacturing, Concrete Pipe Machinery, and Joe Morton Insurance in Sioux City before moving to California. She subsequently spent the next 35 years with Emerson as the Executive Assistant to several Emerson division presidents until her retirement in November of 2013.

Blessed with a caring, gracious and considerate spirit, Juanita always put the needs of others before her own. She always gave a listening ear, a kind word and a smile to all who knew her. Her rich sense of humor and her charitable manner of life will be forever cherished.

She was preceded in death by her parents.

In lieu of flowers, contributions may be directed to the Orange County ALS Association at 3002 Dow Ave. Unit 201 Tustin, CA 92780 or www.ALSAOC.com.