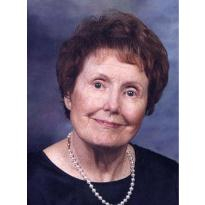 Joyce Barlow King-Stoops was born in England on January 25, 1923, and has come along way from being a country girl outside of Berea, Ohio after the family moved to America. After high school graduation she attended the University of Cincinnati, then northern Illinois University, graduating with a teaching credential. She was interviewed by the superintendent of Long Beach Schools, who was on a recruiting trip to hire teachers for his school system. In two weeks she and her seven-year-old daughter were packed and headed west on the famous route 66, arriving in California on her birthday!

She advanced rapidly in her teaching career ? first as a fourth grade teacher, to vice principal, then to principal. She left Long Beach to attend USC for her doctorate, and for the next 23 years Dr. Joyce King-Stoops made her mark at this famous university. This author and master teacher was in a position to teach teachers how to teach! She retired as an Associate Dean.

Among all of her interesting positions, she also remembered her earlier job as a chemist during World War II in Cleveland, Ohio. She was in charge of analyzing flame thrower gel for impurities. No batches were shipped without her stamp of approval.

Years later, among the many honors and awards Joyce received, she especially appreciated the pin and certificate from the Department of Veterans Affairs presented to her on 1, 000 hours over seven years of service to our veterans.

In 2005, Joyce moved from her home in Pacific Palisades to her condo in Laguna Woods. She exchanged her ocean view for one of snow on Mt. Baldy and the granite rock of the Saddlebacks. This active lady had many interests. Joyce was a deacon in her previous church, and was involved with the Women’s Ministry and a member of the Deborah’s Circle at Geneva Presbyterian Church. Joyce was one of the first women admitted as a full member of Rotary, and was a member for many years of Educare and PDK, as well as other groups, through USC, followed by membership in the Ebell, Cat, and Science and Engineering Clubs at Laguna Hills. Joyce firmly believed Laguna Woods provided a stimulating community with many advantages for everyone to stay motivated and healthy. She enjoyed lunch at the Senior Center, where she met many interesting people, and had much praise forthe staff.

Although her drive to survive was very strong, Joyce passed away the evening of December 16, 2009, knowing she had family with her. Joyce is survived by her daughter, Amy K. Dundon, and many loving family members and friends. She was preceded in death by her beloved younger sister, brother, and son-in-law, but felt blessed by the addition of a new and very special good friend of Amy’s, James Berchtold, of Portland and Southern California. In lieu of flowers, donations may be made to the Stoops-Dundon Scholarship at USC’s Rossier School of Education ? contact Tyson Reyes at 213.740.3498. Arrangements are being made by O?Connor Mortuary of Laguna Hills, and services are pending at Geneva Presbyterian Church of Laguna Hills with Chaplain Phil Manly of USC officiating.