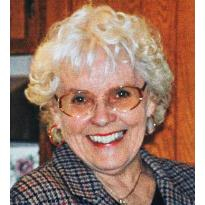 Famous and beloved for her theatrical productions with Garden Grove’s TMR Special Ed program; Joyous Joyce made her exit – stage UP! – March 15 the Ides of March 2011. After a long illness and a shining career fielding many positions she got her ‘call up’ to the Angels and her Lord and Savior Jesus Christ.

And OH that time between debut and exit! Born to Matt and Jean O’Brien Kilgallon, an Irish Catholic couple of Cub fans working in the Chicago Park District, Joyce joined older brother Brian, and younger sister, Joan in a childhood full of adventures. Exploring Chicago via mass transit. Family summers in Lake Geneva, Wisconsin. The Kilgallons often broke into song at their dinner table – to the delight or confusion of guests.

Joyce went to St. Mel’s grade school then on to Siena, a Girls’ High School on Chicago’s west side. She prepared for and augmented her eventual teaching career at Chicago Teacher’s College now Chicago State, Santa Ana College and Long Beach State.

She worked as a telephone operator, a photo assistant, and an Arts and Crafts teacher during World War II and shortly after before marrying her husband of 62 years – John Quirk, a Purple Heart war hero from Oak Park, Illinois. And White Sox fan.

The young couple lived in Chicago, South Bend, Indiana; Oak Park and Mundelein, Illinois before moving to Southern California in 1963. Since then Joyce and John have lived in Orange County, CA, becoming Angel fans and a blessing to the area thereafter.

All eight went on to college. Six of the eight still live in Orange County, one in the SF Bay area and one in Paris, France. Their kids’ many friends were always welcome in Joyce and John’s home – and the family has added their wonderful spouses the self-proclaimed Quirk ‘outlaws’ Terry Kipper, Joanne Poggi, Lorianne Brooks, Pierre Baillot, Alan Arnold, and Rodney Bornhop.

Presumptuous canonizations notwithstanding – Joyce’s ‘heavenly family’ is almost as big – with her parents, brother, aunts and uncles, cousins and many contemporaries, brother-in-law Ralph Davis and grandson Kevin — preceding her recent ‘promotion’.

Joyce returned to school in 1969 and back to work after husband John’s foot was crushed in an industrial accident.

She walked dangerous neighborhoods at night for the Census Bureau. She greeted and served folks at the Plaza Cutlery Store at South Coast Plaza. She led a weeklong siege on Family Feud in 1978, where the Quirks won five times. She drove an amazing array of cars and trucks over the years, starting many of the less dependable ones with Hail Marys and jump-start pushes from neighbor kids.

She prayed for people. Stuck up for the underdogs like picked-on students and coworkers in a jam. Then she’d prod or encourage people to better things.

Joyce was not perfect. But she was perfectly wonderful.

Her productions for Chapman-Hettinga TMR with teachers Iris Feltenberg and Peggy Hauret were legendary. Teary-eyed parents of her disabled students watched their ‘Ugly Ducklings’ become swans on Joyce’s stage. Their time in the sun. Stars for a day!

Every person had value to Joyce. Babies were a GOOD thing. ‘Special Children’ too. Other members of her extended family: are teachers of various grades, have worked with youth groups, served the elderly, the autistic, and at alzheimer’s facilities. Like Joyce they donate resources to charities, their towns and Churches. Her legacy lives on.

As her dynamism declined with infirmity, Joyce showed a heroic hospitality and humility. Her final years as a bed ridden invalid proved her faith in the crucible. Deprived of speech and sight at the end, she smiled or whispered her greetings to visitors. Her philosophy on life was: ‘They named me Joyce. It means ‘Joyous’. So whenever I don’t know what to do — for God or others — I figure I should ‘be joyous’. It’s the LEAST I can do!’

Her last two days on earth were spent with eyes closed, listening to inspirational programs, music and the mass on EWTN TV and praying the rosary on her fingers. Her last intelligible word was a soft but firm ‘Amen’ to a bedside prayer.

The Funeral Mass will be 3 pm, Saturday March 19, at St. Edwards in Dana Point. Sole viewing is at 2:30 just prior, at the entrance of the church. Reception TBA.

Rosary for Joyce led by ‘Families of Nazareth’ is Friday March 18 after the daily 5:30 mass and stations of the cross at St. Edwards. The parish invites all to support the Lenten soup social in adjacent Knight hall following.