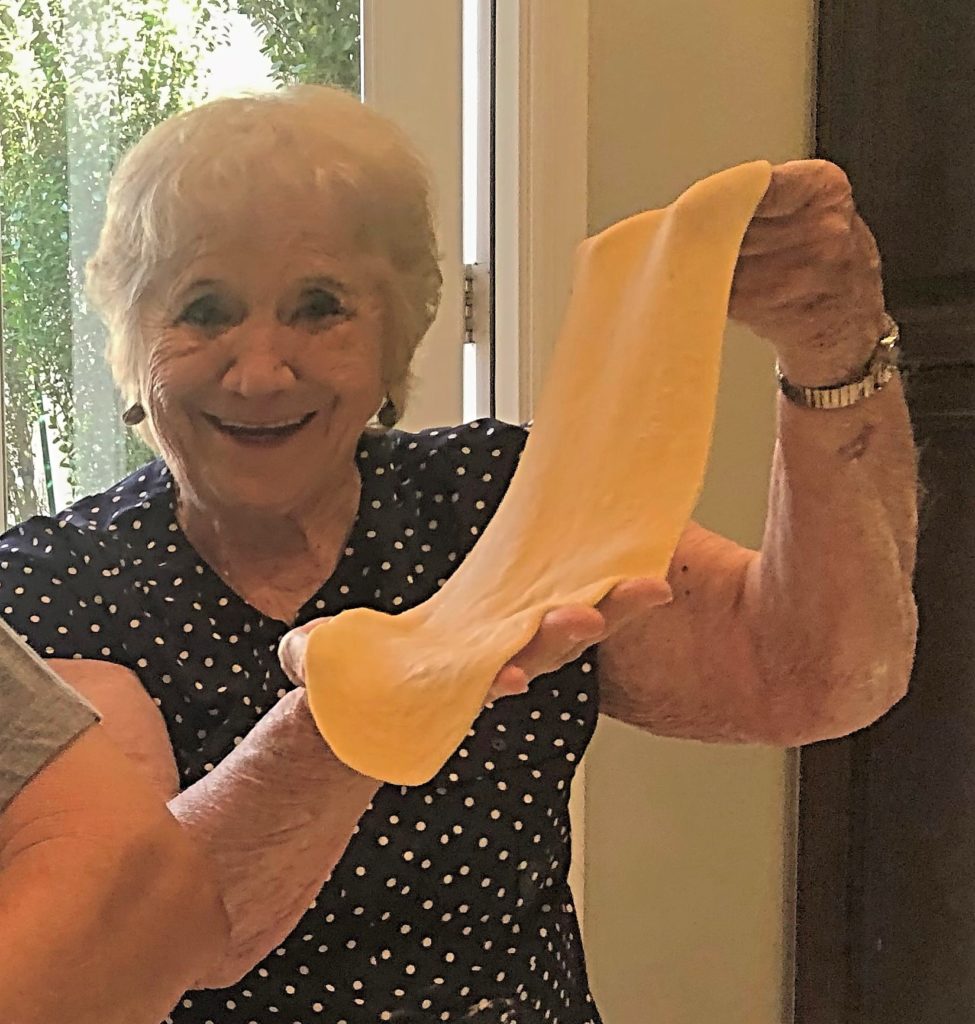 Our beloved Mother and “Nana,” Josephine Soresi, passed away peacefully at the age of 88 on January 19, 2022, in San Clemente, California.  Josie was a loving and devoted wife, mother, grandmother, step-grandmother, great-grandmother, friend, and “Nana” to many.   Due to current health concerns, a service will be scheduled, and her life will be celebrated at a later date.

Josie was born on April 5, 1933, in Flint, Michigan to Phillip and Nellie (Barbera) Peraino.  She was the sixth born of seven children in a family that included sisters Sara and Vera, and brothers Phillip Jr., Jerry, William, and Andy.  The Peraino house was always a gathering place bursting with energy, family, food, laughter, loudness, and especially love.

On June 13, 1953, Josie married her beloved Joseph Soresi, with whom she would spend the next 59 years by his side.   The couple ultimately moved to Detroit, Michigan, but in a somewhat ironic twist, only after living for a short while in San Clemente, California while Joe served in the United States Marine Corps.  After moving to Detroit, Joe and Josie had three children, Michael, Pamela, and Joseph.   In 1973, Josie and her family relocated to Southern California after Joe was transferred by his employer.

Josie was a generous and devoted mother and grandmother, who loved nothing more than spending time with and caring for the family she so cherished.   At the same time, she was a live wire who loved to laugh, dance, cook, entertain, gab, and live life to the fullest.   There was never a party that Josie didn’t love.   In her later years she volunteered countless hours, both at the City of Fountain Valley Senior Center, and at the churches she attended.   Josie was always there to lend support or a listening ear to anyone in need.