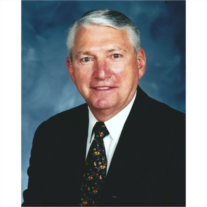 JOSEPH WILLIAM ROBBEN, JR., 74, Colonel, United States Marine Corps (Ret), peacefully passed away in the early morning hours of May 31, 2017 at his home in San Clemente, CA, with his wife, Linda, at his side.

Born September 1, 1942, this native of Hoxie, Kansas, was commissioned a Second Lieutenant in June 1964 and retired from active duty in June 1994. During a 30-year career, he commanded from 35 to 3,100 Marines as a platoon, battery, squadron and group Commanding Officer. His final three-year assignment was as the Chief of Staff, Marine Air Bases Western Area and Marine Corps Air Station El Toro.

His first combat service was as Commanding Officer of Battery “B”, lst Light Anti-Aircraft Missile Battalion near Danang, Republic of Vietnam in 1967-1968. His second tour of combat service was twenty-three years later in Desert Shield/Storm. As Officer in Charge and Principal Planner for Marine Aviation Operations at U.S. Air Forces Central Command in Riyadh, Saudi Arabia, he was a member of a team that developed the offensive air battle into Kuwait and Iraq the night of January 16, 1991.

On July 1, 1994, Joe became Manager, Communications Division, County of Orange responsible for public safety radio communications for the County and 31 cities. He retired in July 2004 as Division Director.

Beginning in 2006 Joe served in numerous roles in support of the Sisters of St. Joseph and Mission Hospital, his last being on the Board of Trustees since 2012.