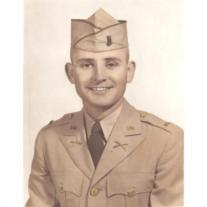 He was born June 24, 1930, in Council Bluffs, Iowa, to the late Ned Shepard and Ada Wax Shepard. He received his primary education in the public schools in Council Bluffs and is a graduate of Abraham Lincoln High School in Council Bluffs. He held a bachelor’s degree from the University of California, Los Angeles. Joseph was also a veteran of the US Army.

He has been a resident of California for past 62 years. Prior to his retirement he was employed at Southern California Edison as a Business Analyst for 32 years. He was a UCLA Bruin fan and a lifelong fan of the Fighting Irish.

Inurnment will be at the Riverside National Cemetery, Riverside, California. No immediate services are planned. The family asks that memorial contributions be made to a pulmonary health charity.