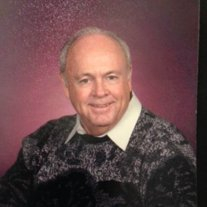 Joseph “Joe” O’Brien of Lake Forest passed away on December 14, 2013. He was known to his grandkids as Papa. He was born in New Bedford, MA on September 17, 1939 to James and Anne O’Brien, both from New Bedford, MA. He is survived by his wife Rose Marie, daughters Jo Ann O’Brien and Michelle Voght, son Joseph O’Brien, son-in-law Don Voght and daughter-in-law Stephanie O’Brien. He is also survived by his sister Mary Souza and 6 grandchildren, Brett Voght, Taylor Janoe, Ryan Voght, Haley Voght, Jack O’Brien and Henry O’Brien.

Joe was a wonderful husband, son, father, grandfather, uncle, son-in-law, brother-in-law, neighbor and friend and will be greatly missed by all that knew him. He was known for being a very caring and nurturing man with a wonderful sense of humor and contagious smile.