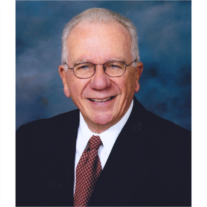 With great sense of loss and much sadness, the family of Joseph M. Panarisi is mourning his passing on April 26, 2017. Joe and his wife Adriana, met in 1964 in Burbank, CA. They were introduced by their mothers at an Italian club. They were married in Burbank in 1965 and moved to Costa Mesa in 1969. He is survived by his wife Adriana; his son Tom; daughter Deanna; his daughter-in-law Kelie; son-in-law Colin Delaney; 4 grandchildren Blake and Sage Panarisi and Dylan and Quinn Delaney. He had a large Italian family and was very close to his cousins, nieces and nephews.

Joe was born in Cleveland, Ohio in 1934 to Angelo and Carmela. In 1939 the family moved to Burbank with his parents and sisters. Joe and was always ambitious and friendly. As a kid in Burbank, he sold newspapers and worked odd jobs to help out the family in anyway possible. In 1969 they bought their one and only house in Costa Mesa in the beautiful area of Mesa Verde. The family grew and Joe and Adriana met and made life long friends. Some who are still their best friends today. Joe was a salesman at heart and traveled for work as the VP of sales for Amwest Surety Bonding. After his retirement, he played golf actively and was on the board at Mesa Verde Country Club. Joe also had a heart to help out in the community. He was an active member of Kiwanis Club for the past 30 years and held several board positions. His favorite day of the year was the Kiwanis pancake breakfast. Joe was also on the board of the Mesa Verde Homeowners Association.

His biggest accomplishment was his family, his love for his grandchildren, and his 51-year marriage to his beautiful wife Adriana. Though he isn’t here with us today, he will live in our hearts forever and will be deeply missed.

Services Friday, May 5th 2017 at St John the Baptist in Costa Mesa at 10AM. In lieu of flowers, donations accepted for the American Diabetes Association in his name.