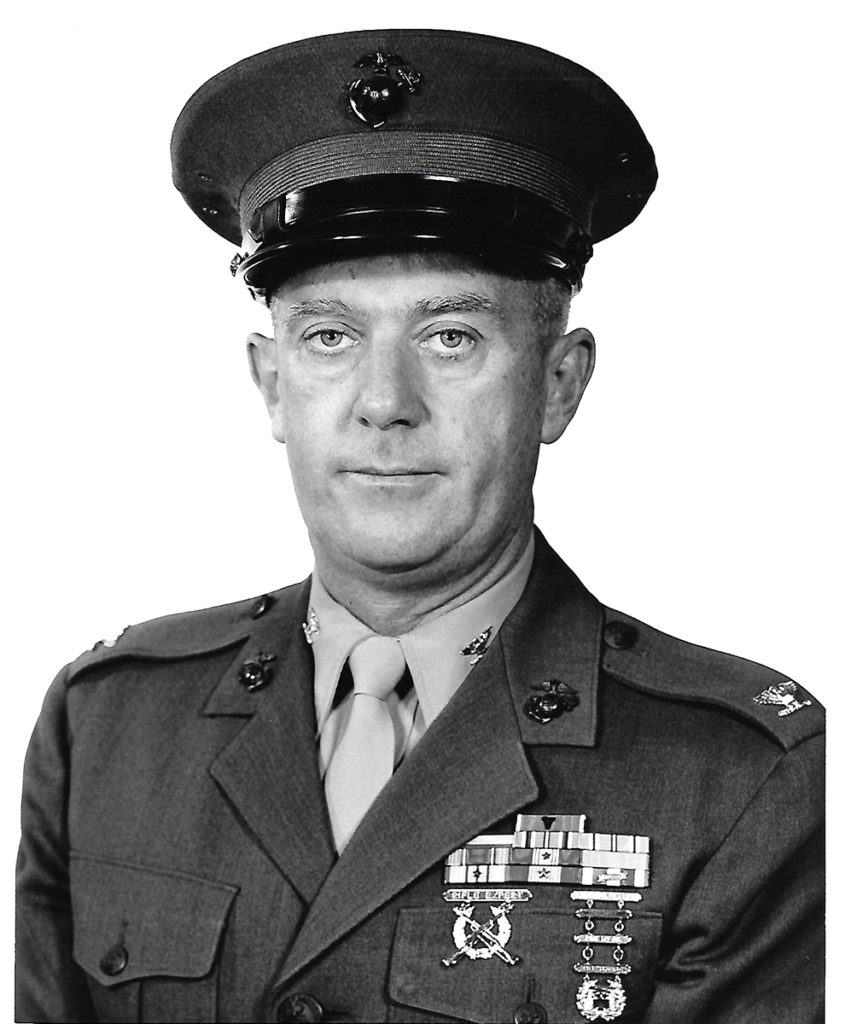 He was a long-time resident of Laguna Woods and had been an active member of St. Nicholas Catholic Church there since 1970, serving alternately as a lector, member of the parish advisory council and guest speaker in the school of religion program. His Catholic faith was at the heart of everything he did. As he wrote in a talk to a class at St. Nicholas, “Whatever success I may have achieved has been with God’s help. Without Him, I’d be nothing.”

After the attack on Pearl Harbor, Joe enlisted in the Marines in January, 1942, beginning a 28 year career with the Marines in reserve and active duty, both in enlisted and officer’s positions.

He married the former Patricia Ann O’Connor, on Sept. 5, 1942. They were married 57 years, raising a family of nine children.

By January, 1944, he had risen through the ranks and was chosen to attend the Officer Candidates School in Quantico, Va., leading to his commission as a second lieutenant in the Marine Corps Reserve. He served as a communications officer on Guam, Tinian and Saipan in WWII. He was stationed on Tinian when the Enola Gay took off to drop the first atomic bomb on Japan. In 1946, he returned to civilian life, and became a New York City police officer while remaining active in the Marine Corps Reserve.

With the start of the Korean War, Joe went back on active duty in the Marines, earning a regular commission in 1951. He changed his specialty from communications to infantry and served as a military policeman as well. Years later, he became Provost Marshal at the Marine Corps Base, Quantico, Va., where he also attended the FBI National Academy in 1965. He completed a tour in Vietnam in 1967, where he was executive officer of the 9th Marine Regiment for eight months.  On his return, he was assigned as Provost Marshal at Camp Pendleton, Calif.

Joe retired as a colonel in 1970, moving first to El Toro, Calif., and then to Laguna Woods. He took on new roles working for a private security company, and then as police chief in Laguna Beach (1971-73) and Tustin (1973-1977). He earned a master’s degree in public administration from California State University, Fullerton, and worked as a crime prevention consultant for the Orange County Criminal Justice Council, finally retiring on June 1, 1980.