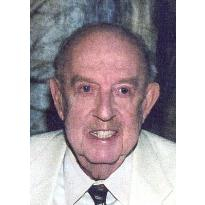 Joseph Henry Heffner, 76, died at his Mission Viejo home of cancer on August 14, 2005.
Joe was born November 30, 1928 in Sunbury, Pennsylvania, the son of Susan and W. Bruce Heffner. Joseph was a graduate of Susquehanna University and served in the U.S. Air Force He was a General Auditor for General Accident Insurance Company and was later the Manager in Denver. After retiring, he was co-owner of three Santa Monica businesses before moving to Orange County where he was with Shugart Corp. and Clayton Controls before working for the Toll Roads, which he thoroughly enjoyed because of the people contact.
An avid bridge player with friends, Joseph enjoyed the theater and traveling. Joe is survived by Douglas O. Coe, his partner for 38 years; two brothers; two sisters and many nieces and nephews.
A memorial service will be at St. George Episcopal Church in Laguna Hills on Sunday, August 21, 2005, 3:00pm. Joseph’s cremated remains will be interred at Mount Hope Cemetery, Topeka, Kansas.