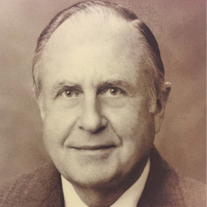 Joseph Edward Donohue, 89, of San Clemente CA and long-time resident of Santa Paula CA, beloved husband, father, and grandfather passed away on May 30, 2016 surrounded by his family after succumbing to a severe stroke he suffered on May 23, 2016. Joseph remained ever sharp and active right up until his final week on earth.

Joseph was born on November 3, 1926 in Kansas City, MO to Noreen Cecilia (Ellsworth) and Milton J. Donohue. He is survived by his loving wife of 54 years, Francoise (Roy), daughter Elizabeth and husband Tom Rigney of Tehachapi CA, daughter Margaret and husband David Daniels of Tulsa OK, son Robert and girlfriend Ambher Sprague of Ventura CA, daughter Noreen and husband Jeff Miner of San Clemente CA. He is also survived by 10 grandchildren. He is preceded in death by his grandson Dominic (son of Elizabeth and Tom), his parents, and sister Mary Lee Green.

A devout catholic, Joseph spent 3 years in the Redemptorist seminary in Missouri. After that in 1952, Joseph earned his B.A. in English and History from Rockhurst College in Kansas City. Then, in 1969, he proceeded to earn his M.A. in History (Medieval Political Theory) with a minor in Latin from the University of Southern California, Los Angeles. His professional career spanned 30+ years including teaching courses in world history, modern history, civics, ancient and medieval politics and humanities. He was an avid reader who enjoyed keeping up on current events and technology even in his final years.

Ã¬Let me go to the house of the Father.Ã® Ã± Pope John Paul II