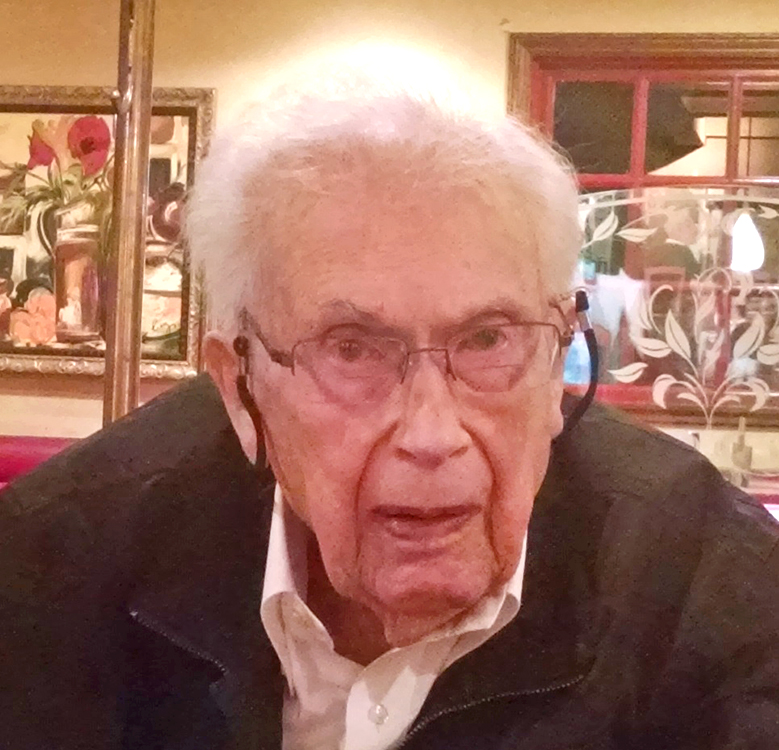 Joseph A. DeGrace, passed away peacefully at home on March 11, 2018 after nearly 100 years of life. Joe was born in 1918 in Moncton, New Brunswick, Canada to James and Anne (Leger) DeGrace, one of 6 siblings. He served in the Royal Canadian Air Force during World War II. He was a mechanical engineer, working at Bell Canada for 29 years. He married his wife, Madeleine (Klein) DeGrace later in life, retiring with her first to New York City, and then to Southern California in 1991, where he became a naturalized US citizen. Joe had a curious and kind nature, and was deeply interested in the way things work. He was a tireless reader, and also took great pleasure in the beauty of southern California. Joe was preceded in death by his brother Oswald, and his sisters, Rachel Bourque, Ruth Lynch and Phyllis Whyte. He is survived by his brother Charles (Janice) DeGrace of Burlington, Ontario, and nieces and nephews Linda Malthouse, Judy (Ross) Ashley, Derek (Beth) DeGrace, and Charlie (Joanne) DeGrace, Graham Whyte and Cynthia Whyte, all members of his Canadian family. He is also survived by his sister-in-law, Theresa Turley, of Kentucky and his much-loved family by marriage, nephew, Robert Turley of Long Beach, CA, niece and great-nephew, Christine Turley and Ryan Turley of South Carolina, and Mary (Wayne) Renfro and their children of Kentucky. He was very fortunate to be cared for in his final years by a giving, kind and selfless caregiver, Stephen Njoroge, and we are deeply appreciative of the support of Seasons of Life Hospice during his last months. Joe’s calm nature, kindness, gentle wit, steady confidence, and genuine curiosity about the world are already greatly missed by all.

Joe was a member of St. Nicholas Catholic Church and his funeral mass will be held there, prior to his interment in Moncton, Canada.