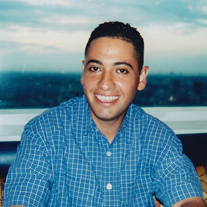 Jorge Ivan Valdez Gonzalez passed away on Friday August 18th 2017 in Laguna Hills, CA. He was born in Mexico City on July 15th 1979. At the end, he was unable to beat his battle with depression, but his memory will live on forever.

Having to move from Mexico to the U.S. at an early age, he grew up in Orange County, California. Went to different elementary schools, Glen Yermo, Serrano Intermediate, El Toro High School, Saddleback College, getting his Associates in Arts and Communication and studied to become a Dental Assistant.

Military, he joined the Navy and was in service from 2001-2005. He worked in the flight deck as a tractor driver. He worked long days and was a Sailor in THE USS KITTY HAWK. He was stationed in Yokosuka, Japan. He served during “Iraqui Freedom” in the Persian Gulf, and in March 2003 he became a hero. They worked in Thailand, Guam, and other countries. He left with Honorable Discharge.

He loved Green Day, Metallica, Molotov, Pantera, Lamb Of God, The Rolling Stones, Godsmack, 90′ Music, and Rock En Espanol. He also liked Trance music, electronic music including Japanese DJ Yoji, Cyber Trance, Carl Cox, and so much more. He had a large CD music collection. His close ones, will always remember him by his music.

He was quiet and reserved, but also liked to have a good time around others. He had a kind soul, he never spoke bad of anyone. He would talk to others that needed help. He believed in God and in family. He liked going out dancing with his brother and friends, and going to concerts at an earlier age. Being kind and honest is how he believed to be. He spoke English, Spanish, Italian and some Japanese. He really liked the Italian culture.

His Mom (Patricia Gonzalez) loved him very much, they had a great relationship and were really close. His brother (Arturo Valdez) and him grew up together, were inseparable, and helped each other out. They had a deep and strong bond. His nephew (Saige Valdez) loved him very much. His stepdad (Alvaro Pedroza) will always remember him and loves him. His Aunts, Uncles, Nieces, Grandparents also really loved him.

His friends and family will always remember him as a good guy, because that’s what he was, and that’s what he’ll always be. He will forever be missed and loved. Rest in Peace, Jorge.