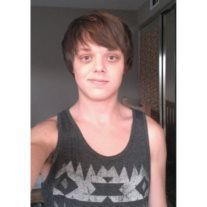 Our family is experiencing enormous grief at this time. Our youngest son Jonathan, age 19, after struggling with changes in his medication this past month…lost his life in a tragic accident on Thursday January… 16th, 2014. Our hearts are unconsolable as we think of living the remainder of our lives without this sweet boy. We trust there is a life after this one where we will be with him again..and in a loving God who knows more than we do.

Jonathan was born September 2, 1994 in Modesto, California. At age 2 he and his family moved to Bountiful, Utah where he was blessed to have many, many dear friends. Jon’s house was his friend’s favorite for sleep overs because they had the downstairs to themselves and because they loved his mom’s cheese toasties and fresh baked cinnamon rolls.

Jon had many talents. Academically, Jon was placed in advanced classes from the time he was in Grade School and seldom needed any help with his homework. He excelled in sports: football, basketball, baseball, and track. Because of his speed, Jon was an awesome running back. In his youth tackle football league (Ages 11 & 12) he had several memorable touchdown runs that were longer than 40 yards. The highlight of Jon’s Little League Baseball career came when Jon pitched the final inning of an important game and struck out the side, getting the last out against his very athletic best friend at the time, Patrick.

Jon’s older brother Stephen played the electric guitar and had a band, but he needed to practice at home with someone that could play the drums. So we bought a drum kit and 13 year old Jonathan picked it up in no time. His drum instructor said “Jon had the most ability of any young person he had ever taught.” As parents, our favorite past time was to listen to Jonathan play drums and jam with his older brothers Stephen and David Jr. who both sang and played the guitar.

Jon was the favorite of “Isla,” our first granddaughter born to our daughter Lindsay. When Isla was just one and two years old she recognized Jonathan was younger than the rest of us and seemed fascinated by that. Jon loved his role as “youngest uncle” to Isla and relished each time he got to play with her.

When Jon was 15 his family moved to Southern California due to a change in his father’s work. Adjusting to a new life there without his old friends was not easy, so Jon compensated by getting more into “gaming.” Though this was a less social activity than Jon was accustomed to, it was definitely something his skill set enabled him to thrive at. With fewer friends in California, Jon also got closer to his older brother Devin, who lived at home. They loved to have deep intellectual discussions and spent many hours talking about science, evolution, astronomy, politics, and many other subjects. Devin was a godsend for Jon at this time.

Another godsend for Jon was a little girl named “Ivy,” whom he met online 10 months ago and began dating. She came to America from Vietnam just 2 years previously. Despite their initial language barrier, they connected immediately and fell in love! Jon’s Mom was their driver at first because Jon hadn’t gotten his license yet. But that changed quickly and Jon and Ivy were inseparable for his final 10 months. They loved each other so much! Ivy brought out the best in Jon and made him happy and motivated him to grow and develop in ways that astonished us. She will always hold a special place in our hearts because of the way she comforted Jon during his final month when his medication problems caused him to suffer. She remained with him and still remains with us…like an angel…helping us feel God’s love for Jon and our whole family, even in our darkest hour.

Services for Jon will be this Friday the 24th in the LDS Church at 470 Camino San Clemente, San Clemente, CA. There will be a viewing at 10 am and the funeral starts at 11 am. Flowers may be sent to O’Connor’s Mortuary, 25301 Alicia Pkwy, Laguna Hills, CA 92653.

2 responses to Jonathan B. Ludlow