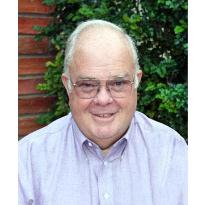 Ikerd, John William Bill, 69, a long time resident of Garden Grove, passed away on July 26, 2010 of heart failure. He was a devoted husband, father and grandfather, who also touched the lives of many through his work in education.

John was born in Keokuk, Iowa on December 28, 1940 to Merle and Marie Ikerd. He was born in Iowa, but grew up primarily in Illinois. In 1959 he and his mother moved to California where he met his future wife, Gretchen Specht. He graduated from Cal State Long Beach in 1962 with a degree in Mathematics and was married that same year. After working for 2 years as a reliability engineer at Autonetics, John decided his true calling was teaching. In 1964 he started teaching mathematics for Orange Unified School District. He held many positions in the district from math teacher, principal, to superintendent. After resigning as Superintendent in 1989, he returned to the classroom to teach math for 10 more years. He retired from Orange Unified in 1999, but continued to work in education by holding various interim positions in schools districts in Cypress and Huntington Beach. He was working as a supervisor of student teachers through National University at the time of his death. He is survived by his loving wife of 48 years, Gretchen; 3 children, Jeree, Pat, and Julie; and 6 grandchildren, Jake, Max, Ben, Tate, Emma, and Laura.

Services will be held at Garden Grove United Methodist Church on Saturday, July 31st. Viewing will be at 9:30am and services begin at 10:00am. Interment will be at the El Toro Memorial Park in Lake Forest at 1:30pm.