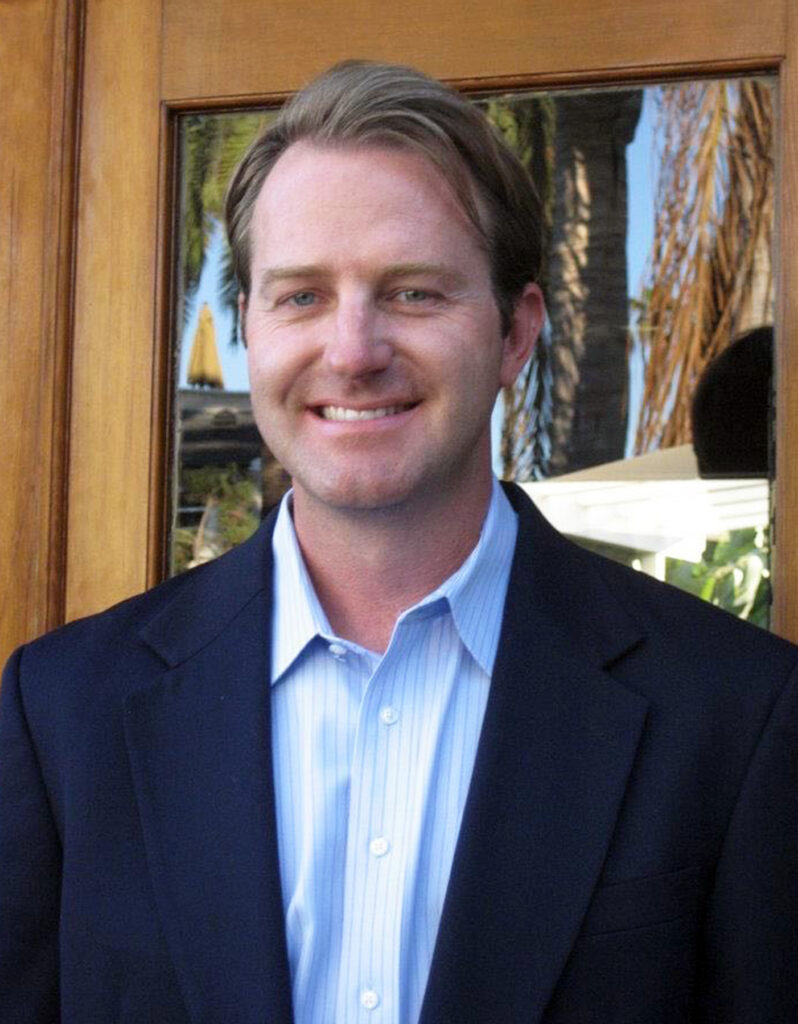 John grew up in Palm Desert, CA, the youngest of three children and the only boy, as well as his mother’s “favorite.”  She was most proud of the kind, wonderful, thoughtful (tall and handsome!) man he had grown up to be. He was a desert rat, skater dude, loved Kiss, guitars, classic cars, and was a member of the first graduating class of Palm Desert High School.

John attended College of the Desert, where his father Coach John Marman served as Athletic Director for 33 years. He graduated with a degree in environmental services from University of California, Riverside. John worked for West Coast Turf for 27 years starting right out of college when his sister Danielle, WCT Marketing & PR Director, convinced company President John Foster to hire her little brother to work in the sod fields.  John worked his way up, spending several years with WCT’s Nevada operation in Las Vegas where he was mentored by one of the best in the business and one of the most influential people in his life, the late Barry Mohon. He then held the company’s regional manager position before being named VP of Sales and Marketing in 2015.

John absolutely loved his job. He worked on projects such as Super Bowls, World Series, the Rose Bowl, Dodger Stadium, Angel Stadium, the LA Coliseum, Candlestick Park—and the list can go on forever. He even traveled to Singapore to work on natural grass projects.

He also treasured his colleagues and customers. He was a leader in the industry. If you needed a speaker, he was it.  He never met a microphone he didn’t love.  He served on the Executive Committee of the Golf Course Builders Association of America, was a member of Sports Field Managers Assoc., CA Landscape Contractors Assoc., Golf Course Superintendents Assoc., and he started the Nevada Landscape Assoc. with Barry.

John is especially loved by his multitude of childhood and college and Beta Theta Pi Fraternity brothers. Always easy going, fun, loyal and ready to help any of his brothers or friends, John was loved by all.

John’s greatest blessing was his son Knox. They loved breaking down sports strategy, playing catch and shooting hoops, going to football games, riding bikes, and cruising in the ’65 Rivi. These joys in life will be truly missed.

He is preceded in death by his parents, John and Madonna Marman, and grandparents John and Vesta Marman, and Arnold Janecek, Beulah Janecek Winkler, and Raymond Winkler, uncles Theodore and Kent, and aunt Victoria, father-in-law Kenneth Fisher, and brother-in-law Glennon “Silky” Powell.

He spent the last year of his life in a house on the ocean where he walked on the beach searching for sea glass with his girlfriend Heather.

The family requests remembrances be made in the form of a tribute gift to Sticks for Kids www.gcbaa.org/Foundation/Sticks-for-Kids or St. Edwards the Confessor Parish School www.stedschool.org.

John was community minded and an enthusiastic advocate for education. He was a longstanding member of the Horticulture Advisory Committee at Mt. San Antonio College.

In recognition of his involvement with and commitment to Mt. SAC, they have created both a scholarship in his name and a fund to support the Mt. SAC Turf Team in John’s honor. If you would like to make a gift to support this effort, please visit the Mt. SAC Foundation website at https://mtsacfoundation.org/.

Danielle, Suzi, and Knox would especially like to thank the Foster family for treating John like family for 27 years.

Mental health is important at every stage of life. If you or someone you know are struggling, reach out. It will be a hard conversation, but….

“Anything that’s human is mentionable, and anything that is mentionable can be more manageable. When we can talk about our feelings, they become less overwhelming, less upsetting, and less scary.” – Fred Rogers