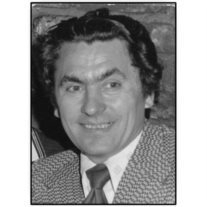 John T. Csillik passed away on the evening of April 3, 2014 succumbing to lung cancer.

He was born in Kemence, Hungary where he lived with his family. He survived the 1956 uprising against Soviet forces and sought refuge in a Yugoslavian camp where he met Helen, his wife of 52 years. After a year in camp together, they immigrated to America and married in 1961.

They lived their lives in New Jersey for more than 50 years, until moving to southern California two and a half years ago to be close to their daughter, Judy.

Things he loved; poker, smoking, his black Russian cocktails, and most of all, his family.

He had a way of leaving an impression on everyone he met. He’ll be missed greatly by all who knew him.

Rest in peace, Dad. We love you forever, always and all ways.

And as he would always say, “Have a happy.”