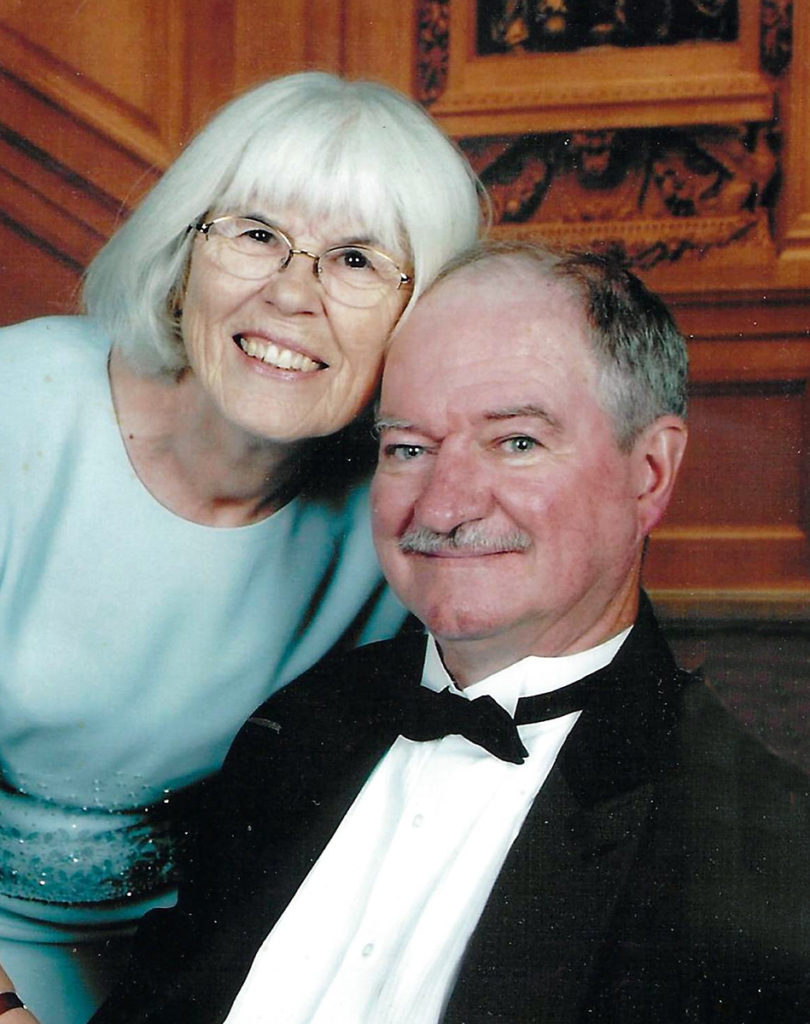 John (Jack) Robert Gremler, of Lake Forest, California passed away on Friday, September 24, 2021, after a long and courageous battle resulting from a severe stroke at the age of 47. This stroke paralyzed the right side of his body and left him challenged with speaking and the ability to read and write.  The doctors predicted his lifespan to be about 5-8 years.  ‘Jack’, as he was known to his family and friends, was also known to be a strong fighter.  He proved his doctors wrong by staying with us for another 31 years!

Jack was born on July 1, 1943 in Iowa City, Iowa to John and Salina (Sally) Gremler.  He was the oldest of seven boys in his family.  Jack grew up in Merrill, Wisconsin and as a very young man, he was always a very hard worker.  As a young boy, Jack had a large newspaper route in Merrill and he sometimes used his earnings to help his younger brothers.  Jack later found a job at the Merrill Golf Course as a Caddy and within a short time he was so good at caddying he became one of the most popular and sought-after caddy’s at the Course.   That experience and the thrill of getting his first hole-in-one gave Jack his lifelong love for the sport.  When he could no longer go out on the greens he loved to watch  tournaments on television and his son Mark frequently took him along on golf outings so he could drive the glof cart and be out on the greens.

In 1960 Jack enlisted in the United States Navy and after basic training he spent the majority of the next  four years deployed throughout the Mediterranean and Caribbean on the destroyer, USS English, which later participated in the Cuban Missile Crisis.  He was honorably discharged from the US Navy in 1964, Jack and with a shipmate friend they ventured to Los Angeles to begin their new civilian life.

In Los Angeles, Jack met Helen Motowidlo and they were married in 1966 and had two sons, John Tadeusz (1967) and Mark Robert (1969).  They moved from Los Angeles to Fresno, California  in 1971, where Jack managed several Designer Fabric stores.  Jack and Helen were in Fresno until his divorced in 1975 at that time Jack relocated back to Los Angeles.

In Los Angeles, Jack found work in the garment industry and was able to fly his sons to LA regularly to spend time together.  In 1979 Jack met his soulmate and the love of his life, Maureen Helen Oswick, who originally came from Grays, Essex, England, a town 20 miles east of London.  Maureen and Jack settled in Running Springs, California where they began their business Sew Crafty in the fabric, notion and craft industry.  Their first store was opened in San Bernardino and then later came Victorville, Upland and Running Springs.  Their stores were definitely a fabulous accomplishment and a great family business as each of them had children that worked together with them in the business.

In 1991 Jack had a stroke and their world changed as they knew it.  Physical therapy, exercise, doctor visits and care giving just to name a few became their new daily routine.  As time went along Jack gained some strength and the ability to perform some everyday tasks and with the help of Maureen’s support and a long but limited recovery, they were able to establish new normal and a new life together.  In the years that followed Maureen enrolled Jack in art classes at college and also painting courses, speech therapy and weight training just to name a few as she kept him very active. He was extremely happy with the strength he was able to build in his left arm and never stopped challenging his grandchildren to an arm-wrestling match. His paintings became a great source of happiness and Jack enjoyed giving a beautiful painting from time to time to someone special that he would paint for them.  They made frequent trips to the beach and Jack and Maureen were able to take cruises, trips to the casinos and YUP even cruises that had casinos, as everyone knew how much Jack loved to gamble. He was always first to the table to play family poker games as well.  In addition, there were always wonderful trips to visit their children and grandchildren.

Jack overcame tremendous odds of survival following his stroke due to his strength and sheer determination but mostly because he had the devotion and love of Maureen.

Memories of Jack’s spirit will be in the hearts of all who have been touched by him and he will be deeply missed.

Jack is preceded in death by his parents John and Salina (Sally) Gremler and one brother, Dale Gremler.

He is also survived by his  brothers Richard (Rick), Gary, Steven, Joe and Karl.