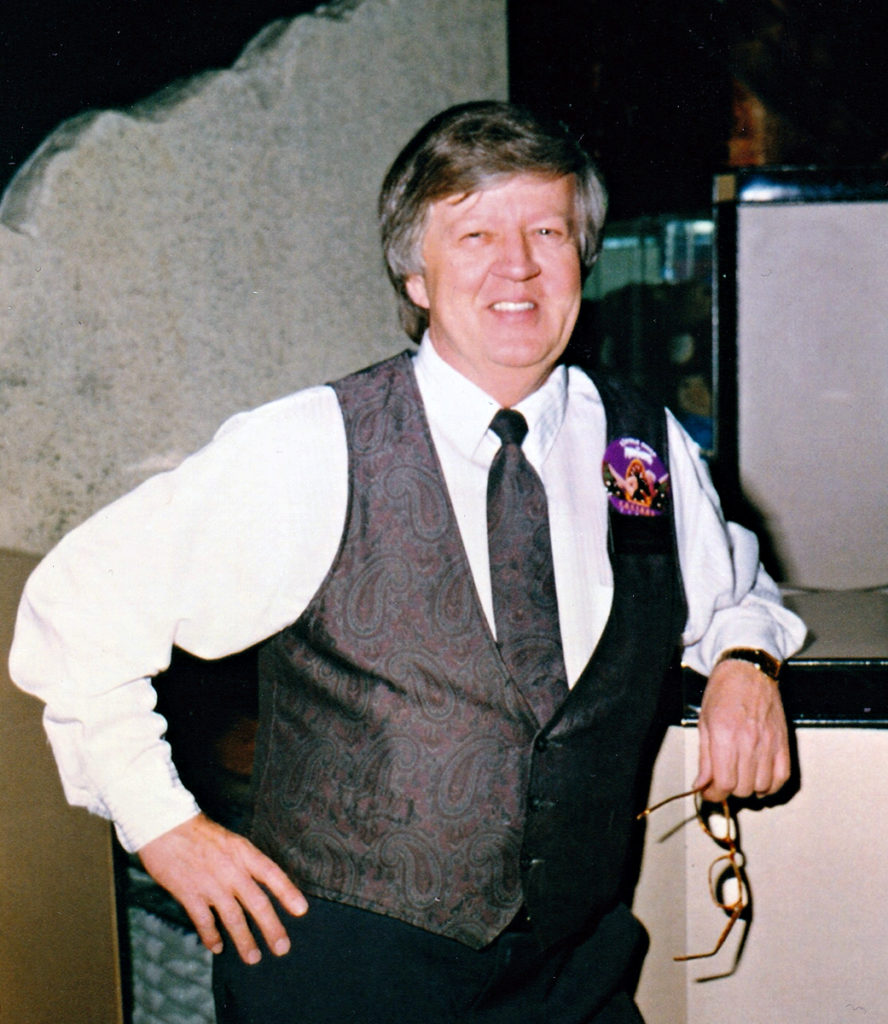 John Richard Feist, Age 79, passed away peacefully on Monday, June 21, 2021 after a courageous battle with Lung Cancer, with his family by his side.

John was born August 20, 1941 in Grand Forks, North Dakota the first born and oldest of two children to Joseph and Elizabeth Feist. Shortly after moving to San Bernardino, California and graduating from Pacific High School in 1959, John enlisted in the U.S. Army to proudly serve his country. There, John developed his love for learning new things and on his way to become a life-long student. While serving, John enjoyed this brotherhood of friendships with his fellow soldiers immensely and continued to the end of his life feeling a strong connection to his country as a Veteran.

After John’s military service, he married the love of his life and started a family. He continued with his prior experience with pharmaceuticals and began working successfully as a Sales Representative for Ciba-Geigy pharmaceutical company. John thoroughly enjoyed his interactions with all his physician and pharmacy clients. All the different types of new pharmaceutical drugs in the industry and the many ways they helped patients fascinated him. He loved the classes and training he was required to do to stay informed and be a top educated Sales representative often being recognized as a top performer.

Working hard to provide for his family, John worked multiple jobs, in addition to his day-job; to save and buy the family’s first home in Fountain Valley. Nothing was beneath him for his family. Later, the family would move further south to Irvine. John spent his spare time with family, taking spontaneous car rides with the kids, gardening, volunteering and coaching for his children’ sporting teams and school events. He often would organize block parties and before you knew it you were having the time of your life– laughter and music would ensue.

In 1983, John and his son, Christopher, moved to Nevada where he began working in the Casino industry. He enjoyed his new position as a Banker for the Baccarat tables at Caesar’s of Tahoe. John was always a people person, gregarious and fun-loving. He looked forward to meeting all the celebrities that came in the casino. John loved meeting new people and knowing everything about them. He always felt that everyone had a story and that it was important to know. Living in Lake Tahoe was, to him, living in paradise. He had an exciting career in a picturesque and tranquil town. Even though he lived distant to some of his grandchildren, he felt it was very important to stay connected with them, whether it was by phone or cards or photos. Family was everything.

In 2003, John’s health began to slowly decline. The high altitude of the mountain made it physically impossible to stay with his compromised lungs. He decided to move off the mountain to San Clemente where he would be close to his daughter and family. Leaving his life in Tahoe was difficult.

John made yet another new life for himself, establishing his new home in San Clemente, California. Wherever John went, he made lifelong friendships and before long, he started working at CDS in Costco and joined the Mission Hospital gym. Staying active and social, he enjoyed daily conversations with all his neighbors in his complex, and took his daily drive through Dana point with his cup of coffee. When John wasn’t working, he would fill his time with outings with his grandchildren, luncheons with co-workers, and enjoying the holidays with his family. John lived for holidays, never missing a single opportunity to send a card, or call family or friends. He ALWAYS remembered the real reason for every season.

Having received his AA at Golden West College and attended Cal State San Bernardino, John always encouraged higher education to his children and grandchildren. Most importantly, he always supported his grandchildren to do their very best, to give their all and to do the right thing by God. He held his Catholic faith dear to his heart, to the very end. God, Country, Family and Friends meant everything to John. Not a single day went by where he didn’t try and connect with someone and make him or her feel special. This is the legacy he has left behind for all of us. Smile and be happy.

Our heartfelt gratitude to the entire staff at Mission Hospital and Villa Valencia Healthcare Center for their unending love and compassion, and for always making John feel personally cared for with dignity as if he were their own.

John is survived by his 2 children Michelle (Michael) Selberis and Christopher (Denise) Feist.

In lieu of flowers, John’s last wishes were for donations to be considered to St. Jude Children’s Research Hospital, Stjude.org