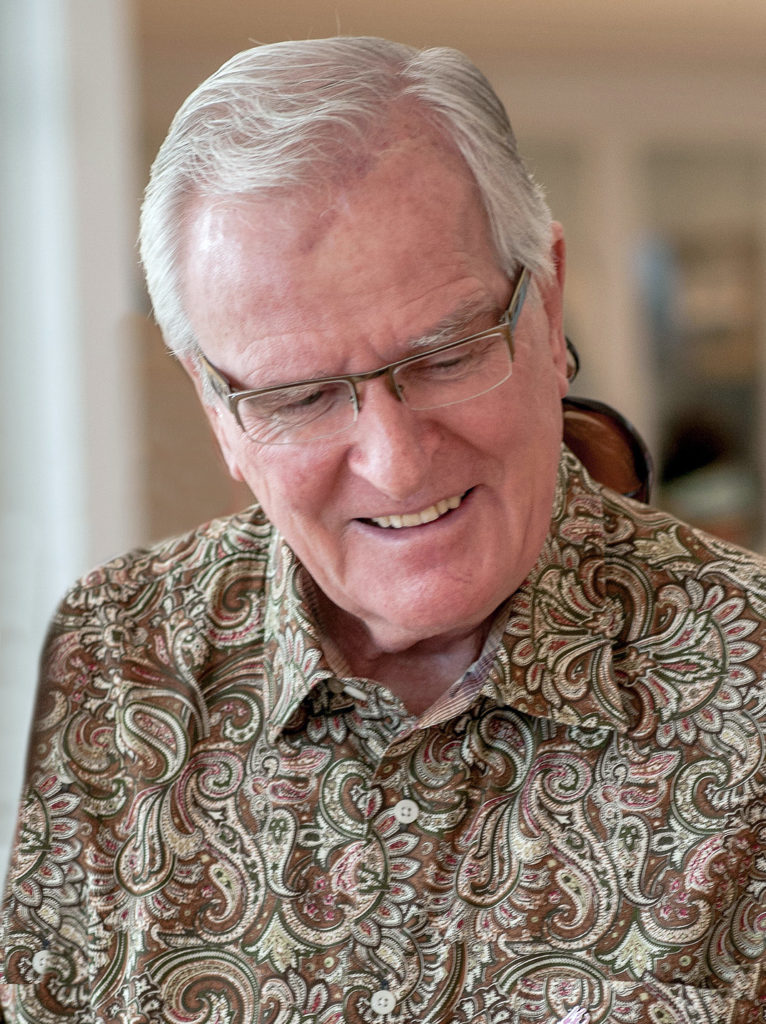 John Paul Bieniaszewski, Jr. was born on September 17, 1941 in Jersey City, NJ to parents John Sr. and Jane Bieniaszewski. The family had their name legally changed to Binaski in June of 1943. John Jr. was joined by brother Robert in 1943. The family lived in a three-unit home in Jersey City along with the Binaski grandparents, who also owned the building. It was a New York upbringing: stick ball and Catholic school; penny candy at the corner store; European immigrants working their way to the American Dream. When John Sr. was transferred for work, the family moved to Long Island and stayed until John nearly finished high school. A job opportunity for John Sr. and a “why not?” from Jane moved the family all the way to Phoenix, AZ for John’s senior year.

John finished high school at Central High in Phoenix and moseyed over to University of Arizona. He studied business and in his spare time worked for the U.S. Geological Survey, was a hasher at a sorority, and even worked as a ranch hand (which he particularly loved). He joined the Delta Sigma Chi fraternity and junior year, met a blue-eyed lovely from California, Barbara Franklin (he recently described the connection they had as “magic”). They were pinned in 1962, married in 1963, and Peter Franklin Binaski arrived in 1964. Janet, then James followed. John became a devoted family man and provider. They settled in Southern California, buying a starter home in Huntington Beach, then a larger one not far from there where John spent the rest of his life.

John had a long and storied career in banking that began right out of college at United California Bank in Los Angeles and ended with Community Bank in Anaheim. As a commercial lender he participated in the rise of the Orange County we know today: the development of Dana Point Harbor is one example. He was extremely proud of his career and his connections and had many successes.

John also loved the outdoors and travel and definitely imparted that love to his children. The family had many great trips to the sierras where all learned to fish and camp. Family vacations every year; just as his father had done for him and his family.

A battle with two brain aneurisms sidelined him for a time in the late 1980s, but he fully recovered and grabbed back at life with gusto. As an empty nester he traveled to many exotic locales: Peru, Zimbabwe, Tunisia, just to name a few. After a couple of solo trips, Barbara joined him. They really saw it all, with the beautiful photos to prove it (John was an amazing photographer).

A particularly high point for John later in his life, was an invitation to join the Explorer’s Club. He participated in many non-profits later in life, joining the boards of some and always a vocal advocate of each and every one.

John Binaski, Jr. led by example. He worked hard, he loved and supported his family, but he also made time to see the world. He loved to meet new people. He loved to tell stories. He was so witty. He gave advice and counsel to all who sought it. He gave everything he could until he could speak no more.

Anyone who spent the last year and a half with him as his ALS progressed didn’t get a broken man or a bitter one; they got a grateful one. Full of praise of the life he had, beautiful memories to relive, devotion to the ones he loved, and advice and legacy to all who would listen.  We listened and we will never forget you, John Binaski, Jr.