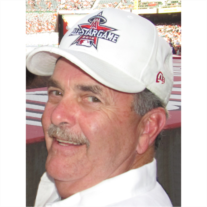 John Michael Armstrong, 64, of Rancho Santa Margarita, California passed away at Saddleback Memorial Hospital in Laguna Hills, California on March 8, 2016 due to complications of chemotherapy. John was born in Whitinsville, Massachusetts on May 20, 1951 to Martha and John Armstrong. John attended Nichols College in Dudley, Massachusetts.

John worked as the West Coast Construction Mgr. for JV Industrial. He enjoyed playing golf, going to Angels games, spending time with his family and friends, and a nice glass of red wine. He was a proud supporter of the TCU Horned Frogs and Cal Poly Mustangs. John is survived by his wife of 25 years, JoAnn and their two daughters Samantha, a registered nurse, and Jessica a junior at Cal Poly, San Luis Obispo, as well as his sisters, Mary Lou Crowley and Nancy Supple. John was predeceased by his mother, Martha; father, John; sister, Marsha Fahey; and nephew, Tom Supple.

Celebration of Life services will be held at Saddleback Church, Lake Forest, CA in the Plaza Room on March 21, 2016 at 11am.