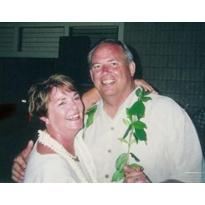 John was born August 13, 1949, in Los Angeles to Landon and Lois Haney. He grew up in Glendale, CA, and attended Culter Academy where he played football and met his future wife, Margery Jean Grindley. They married in 1969. Together, they raised three children.

John was a devout Christian who loved and honored the Lord in his daily life. He was a beloved example to his family and friends, down to his last hours on this earth. He will be remembered most for this, his patience, compassion, and irrepressible sense of humor.

His family would like to thank our family and friends for your prayers and support during this time and the past seven years. We love you all and so did John.