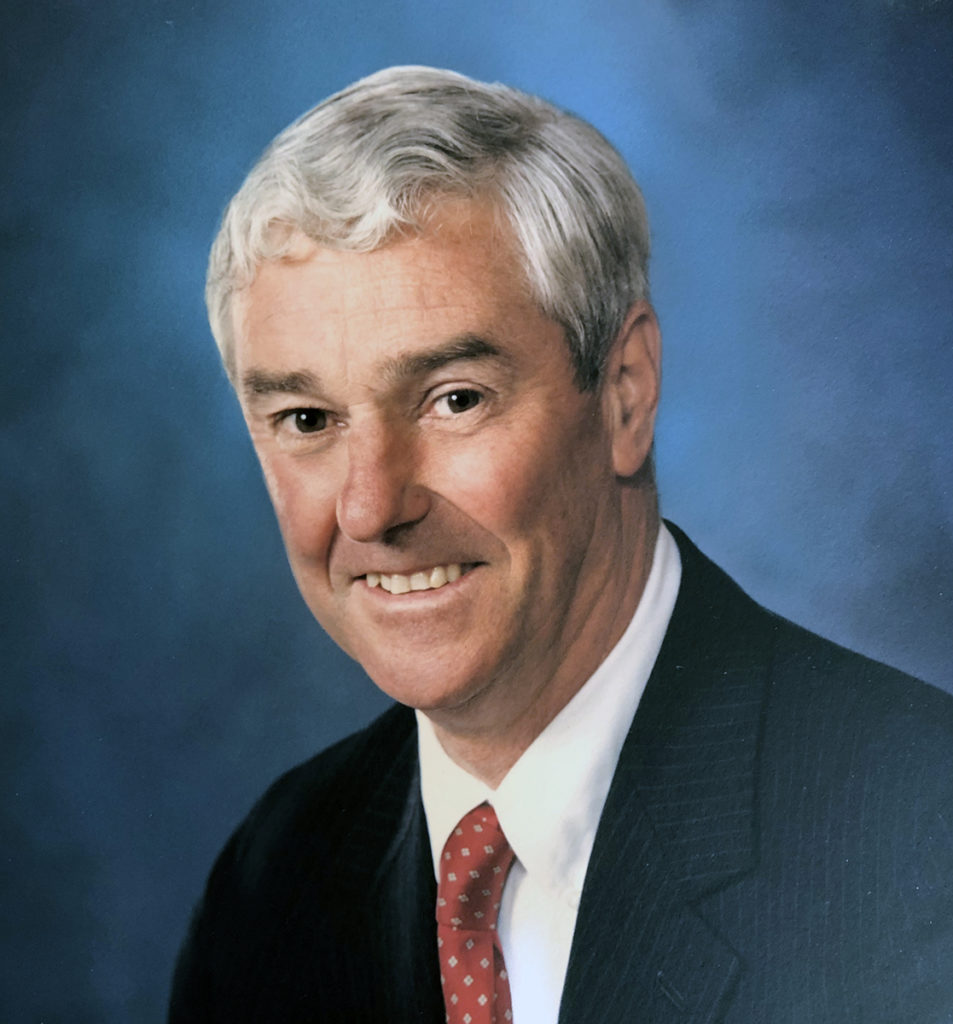 John Louis Loesel, Jr. passed away in Irvine at the age of 92, surrounded by family and friends. As the oldest son of John Loesel, Sr. and his wife Cletus Hann, John went by the name of Jack all his life. Born in Elizabeth, NJ, Jack grew up in Garden City, NY. He was accepted into West Point Military Academy but failed the physical because of a childhood injury to his arm, so he decided to go straight into the Army and was sent to Italy at the end of World War II. On the troopship to Europe, he won so many card games that he was nicknamed “Lucky Loez.” Later, he became a master bridge player, known for bold bidding and making slam.

He studied engineering at Lafayette College on the GI Bill, joined Phi Gamma Delta fraternity and earned varsity letters in golf, swimming and boxing. He played golf his entire life, honing a single digit handicap at the Wilshire Country Club, where he won the Macbeth Invitational twice.

He began his sales career at the Bakelite Company, then moved to US Borax & Chemical where he would stay for forty years, earning a Harvard Management certificate, designing patented personal care products and, ultimately, engineering the sale of his division to the Dial Corporation.

Early in his career, while visiting his parents in Garden City, he was encouraged to attend a tea dance, where he met the love of his life, Barbara. Six months later, they were married, spending 65 loving years together and raising a family of four children ” John III (Yvette) of Los Angeles; Anne Lyon (Bill) of Newport Beach; David of Los Angeles; and Andrew (Paul) of Mill Valley, CA. He was known as “PapaJack” to his two adored granddaughters, Katherine and Elizabeth. He is predeceased by two sons, John III and David as well as his two brothers, Robert and Tom.

He lost his beloved wife Barbara just six months ago. Indeed, it is difficult to imagine the two of them apart. They enjoyed life, together” first in Kansas City then Cleveland, then Long Island, then the big transfer to the West Coast where they lived in the same house in San Marino, CA for 22 years, active in the local St. Felicitas & Perpetua Parish, school events, boy scouts, and swim team. In retirement, they moved to San Clemente, where Jack put his engineering skills to use designing and building a house. They travelled together throughout Europe and Asia and played golf throughout North America, eventually spending their twilight years in Newport Beach.

Jack was a man of strong faith with a generous spirt and a big heart. He was very intelligent, deeply curious, and never showy. What he did show was dedication, support, and love. A memorial mass will be held for both Jack and Barbara together at St. Elizabeth Ann Seton in Irvine sometime this summer.