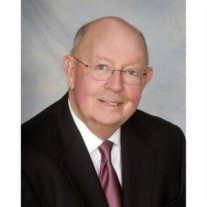 John is survived by his wife, Patricia; daughters, Cynthia, Pamela and Lauren; sons, James, Robert, John, and William. His daughter Andrea predeceased him.

In lieu of flowers the family requests that donations be made to Beckstrand Cancer Association.

The service will be held Friday, January 3, 2014, at 1:30 pm at Our Lady Queen of Angels Catholic Church in Newport Beach.