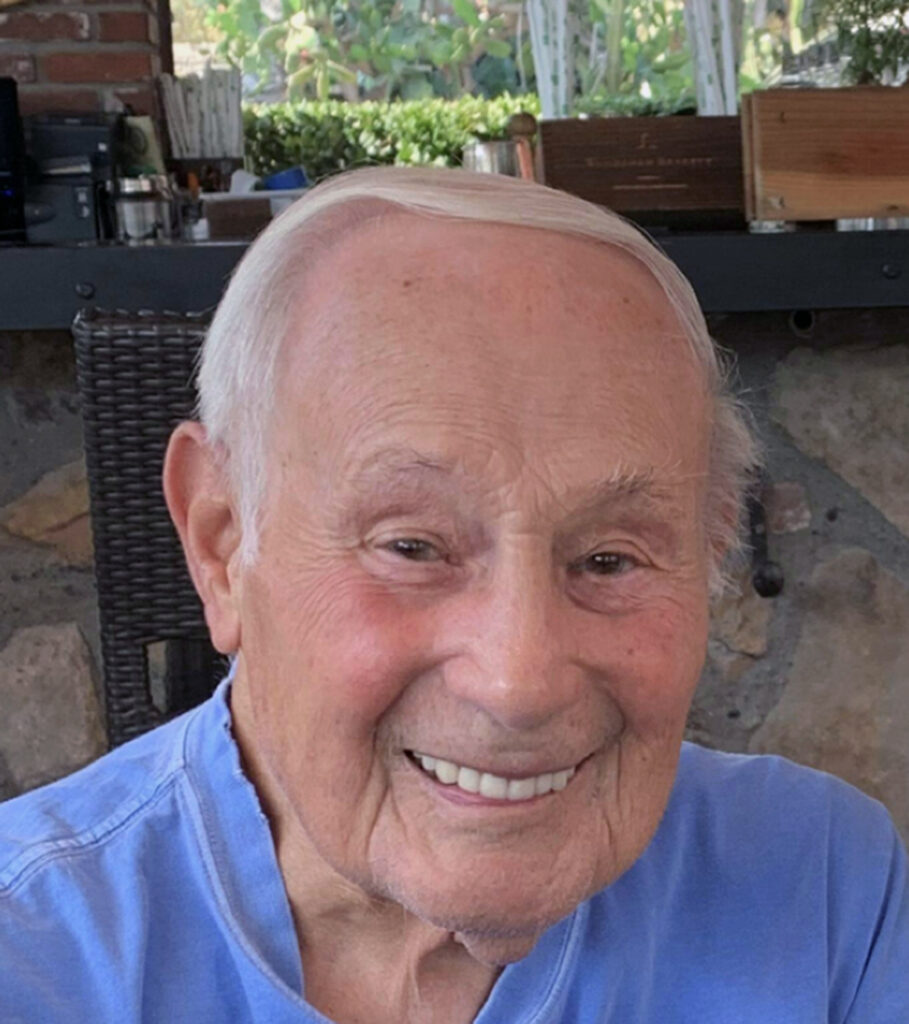 John was born in Hazelton Pennsylvania on October 30, 1932, the oldest child of John and Veronica Lukatch Shimko.  He was raised in Somerville NJ with his brother Donald E. Shimko.  He attended Somerville High School graduating in 1950.

John served his country during the Korean War as a United States Navy machinist aboard the USS Mindoro – CVE120.

John enjoyed doing woodworking projects, cooking, attending exercise classes at the senior center, listening to music, tending to his rose and succulent gardens, and playing golf with his children.  After breaking his collarbone, his swing improved and he had his first-hole in one at Aliso Viejo Country Club on the 6th hole witnessed by his boys.

John was a devoted and loving husband and father.  The family thanks and appreciates all of his loving caregivers for their devotion to him for the past year.