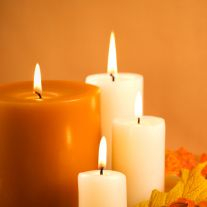 John Quirk: The Colorful Life of “Our Hero”

Raised in Oak Park, Illinois he was an altar boy and attended elementary school St. Giles Catholic Church. At Fenwick High School (Oak Park) he was a weight class boxing champion before transferring to St. Ignatius High School in Chicago. He was an honor student through both his elementary and High School years.

Drafted into the US Army in June of 1943 PFC John Quirk was part of the storied “Thinderbird” 45th Division (180th battalion, Company E). He served with distinction, landing in Morocco, traveling to Tunisia, where by boat he joined the fighting units on Sicily under Command of General George Patton.

He was part of three of the four “D-day” amphibious landings the Thunderbirds made (at Salerno and Anzio, Italy; and in Southern France – all of them ending in allied victories).

He earned the Purple Heart being wounded in the shoulder at Anzio, just prior to the Thunderbirds liberating Rome (the first Axis capital to fall). He took part in the famous battles of Monte Cassino and the Rapido River in Italy.

In France the 45th fought their way up the Rhone River valley liberating many French towns before crossing the Rhine River into Germany at Worms. John’s unit fought in every terrain, on beaches, crossing rivers, in the mountains and across flat plains.

They captured the autobahn and raced through southern Germany cutting off the Nazis hope of holding out in a “Natural Redoubt” in the Alps Mountains.

Along the way the Thunderbirds captured such plum targets as:

the college town of Heidelberg
the Nazi “capital” town of Nurnberg (John helped take the stadium, though the Nazis had the grandstands and all the “cover”. It was 4/20/45, Hitler’s birthday, his last).
the Dachau Concentration Camp (68,000 prisoners were set free on 4/29/45; Hitler killed himself he next day).
Munich (where Hitler got his start and staged the “Beer Hall Putsch”).
Salzberg (The “Sound of Music” town – where John slept beneath a piano in composer Richard Strauss’ Chateau one night – to the anger of his housekeeper) and
Hitler’s “Eagles Nest” headquarters in Berchtesgaden … before the end of the war.

* AND … Pfc John Quirk was honored with a guard post at the preliminary surrender ceremonies at Haar, Germany on May 4, 1945.

He returned home to Chicago and on April 30, 1949 married Joyce Kilgallon of St. Mel’s parish, an art Teacher with the Chicago Park District.

The couple had 8 children (Murray, Joe, Julie, Kieran, Denise, Jeannine, Theresie, and Dan) all of whom went to college; and 16 grandchildren. During their 61 years of married life John and Joyce journeyed from South Bend, Indiana, to Oak Park and Mundelein, Illinois, before moving to Orange County, California in 1963.

Proud Uncle to 64 “Quirk side” children and nine more “Kilgallon side” nephews and nieces – he loved all 73 (and their parents, related or in-law).

A Legacy of Catholic Service and Neighborly Hospitality

Throughout their lives John and Joyce supported their local Catholic Churches and educated their children in the faith. At different times one or the other would teach
CCD classes or go on retreats as team members or chaperones.

Their homes were opened to Church related meetings and once the children were raised, they were able to serve together at times.

They stood as godparents and sponsors. Their homes were as open to Church groups as to relatives, neighbors, and friends – warm with everyday hospitality.

Their children and grandchildren sustain that legacy as leaders, singers, and altar boys.

As his growing family moved from apartment and small cottage – to houses in the suburbs, John, sometimes worked two jobs at once. He interrupted a promising college career at Loyola University to work in his family’s business beginning as a purchaser/truck driver and machinery mover for Quirk Brothers.

Postwar construction was booming in Chicago and “riggers” like John were much in demand on the many construction jobs that rebuilt the areas roads and built many a burgeoning suburb.

Construction being seasonal in Chicago, John at different times bought a gas station, a print shop, and a cleaners shop over the years – selling each small business for a profit.later sold and leased heavy construction equipment for ever larger firms.

Beginning at O’Leary’s Equipment in Oak Park, he was recruited by Herschberger Equipment of Mundelein and John and Joyce bought their first home in that town.

His expertise caught the eye of Allis-Chalmers of Milwaukee, one of the largest manufacturers of construction equipment in America. When plane-hopping worked a hardship on the family John opted for running Allis-Chalmers’ Rockford, Illinois office before becoming VP at Woodall Equipment closer to home.

When Joyce’s Asthma proved near fatal during an Illinois “Ragweed Season”
in 1962; John began hasty preparations to move the family to Arizona (reputed to have the best “dry” climate for lung ailments to improve).

But Southern California was booming and men like John were in demand. His brothers Mike, Jim, and Tom had moved to Los Angeles and he was offered a job at Owl Construction.

Joyce was reluctant to leave her family at first so the Owl opportunity went to another relative. When the Lewandowski’s and Stoniches (John’s sisters’ families) made moves to California — it seemed preferable to Arizona. John hopped a jet and won the job with Sagerman Equipment of Orange County, CA.

After tearful good-byes to Illinois relatives, and selling their Mundelein home, car, and many belongings — the Quirks were California bound! John took Murray, Joe, and Julianne on a scenic 3-day train ride west, popping for a drawing room suite. They crossed the Mississippi, meandered through the Painted Desert, past chaparals, buttes, and what looked like moonscapes to the Illinois kids who ate seemingly endless
Dad-bought snacks in the “Vista Dome”.

Joyce and Gramma Kilgallon followed on a jet with Kieran, Denise, Jeannine and baby Mary Therese later in the week. Danny was born in 1964, the Quirk’s “California boy”.

California’s Boom and Bust Cycle Proves a Challenge – The Quirks Meet It!

Joyce’s health improved greatly in California and so did John’s career. Sales were good with perqs of being provided the latest model cars and John and Joyce bought a home nest to “the Concords” neighborhood and its tree lined streets.

When sales of heavy equipment plateaued in the late Ã¢‚¬Ëœ60s John moved seamlessly
back to Ironworking (which paid great wages until the projects finished). Between times he helped his brother in law Len develop his Santa Ana bakery. When selling the land proved more profitable than the business – John bought two delivery trucks and rights to the routes, bought pastries and serviced county military bases and local businesses.

The 4 am delivery routes sometimes preceded a long day of Ironworking for John who
helped establish a dry dock for the newly purchased (but venerable ship) Queen Mary in Long Beach. John looked like a coal miner coming home from a day in the liner’s smokestacks some nights – but Joyce said the black hair made him look like Tony Curtis!

The panel trucks hauled much cargo for the family in the bargain. The closing of the Tustin Base and El Toro’s adding an on-base bakery brought a close to a happy era.

In 1969, while on a construction job, John spotted a fork lift on an incline beginning to fail. He pushed some chatting coworkers out of the way of the falling lift – but was injured himself when it fell on his foot. More serious than the wound that won him the “Purple Heart” – for a year John couldn’t work, could barely walk, and had to rehab with his foot in a brace. His Ironworking days were over. He should have gotten awarded “The Golden Heart”.

With his knowledge of construction, he self-financed “City’s Servant” an equipment parts supply company he and Joyce ran. Duple Lumber Co. convinced him to become their sales manager, and, when the business moved out of state, John opted to stay in Orange County with his family and serviced many of his old customers by creating “Spot Pallet” which he and Joyce ran from an office they built onto their house.

His sons caught his entrepreneurial flair and founded carpet cleaning companies in Orange and San Diego Counties. When they merged the companies into Golden Crest, John joined the team, soliciting “repeating” business customers that became the backbone of the company’s earnings (and mentoring a nephew who runs a similar business in suburban Chicago to this day).

He mentored more when he taught the Building Services Technician class for the Central Orange County ROP. He trained maintenance workers throughout the County (particularly in Garden Grove Unified, the program’s home district).

His students won job after job in civil service competitions through his class which combined theory (including chemistry, knowledge of the table of elements and the acid/alkali scale), equipment training and skills, interviewing and resume writing, and
on-the-job training with maintenance engineers in the Garden Grove School District.

John and Joyce became a traveling pair after they bought a cozy, strategically placed home — with flowers and a picket fence and a side yard — and a nearby pool for visiting grandchildren.

In the shadow of the “Big A” and close to the “Orange Crush” freeway network, John and Joyce could pop north up a freeway to see relatives in Fullerton or Anaheim Hills; south down another to their “beach children;” west to Seal Beach and Mom’s work, or east on city streets to shopping malls and more of their kids.

John’s poems to each new grandchild festooned the walls of that “Two Sheds Country Estate” (hilariously named for their favorite Monte Python skit – and the fact that there WERE two sheds in the yard when they bought it)!

When the Veteran’s Administration granted John his duly increased pension, the couple swapped ballpark for the beach and moved to the San Clemente/Capistrano Beach area where they remained.

Services for John will be held at St. Edward’s in Dana Point, CA where he often went to daily mass. His remains will rest next to his wife Joyce and first grandchild Kevin Kipper’s at Ascension Cemetery in Lake Forest, CA