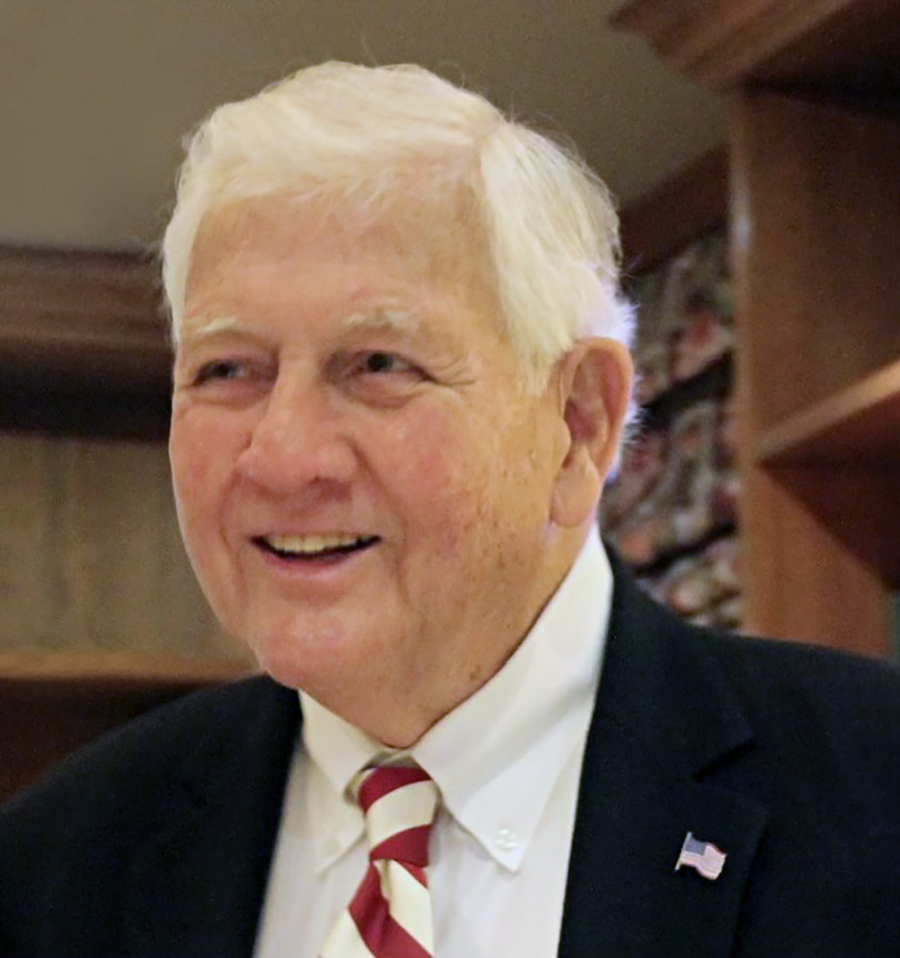 John Hall Biggar III passed away peacefully May 16, 2022 at the age of 90 after a long illness. “Jack”, as he was known throughout his life, was an accomplished business executive, a life-long contributor to his community, and a kind and adventurous spirit.

Born in Pasadena, California on May 8,1932 to John Hall Biggar Jr and Grace DeFreest Biggar, Jack attended Blair High School, where he was a standout football star, and graduated from Stanford University in 1954 with a degree in Economics. While at Stanford, he joined Sigma Chi fraternity and met Carol Ann Romer, also from Pasadena and the sweetheart of Sigma Chi, and the two married in July 1955. He continued at Stanford for his MBA, interrupted by a 16-month tour of duty in Korea while serving in the Army. Upon completing his service, he finished his MBA and became the 3rd generation of leadership at JH Biggar Furniture Co., a highly regarded family-owned furniture company based in Southern California. He became President of the Company, presided over a significant expansion of the business, and remained at the helm until the family sold the business in 1991.

After wife Carol passed away in 1985, Jack married Karol Lee Hezlep in 1986, and upon retirement, they relocated to Monarch Bay, California where they enjoyed spectacular views and nightly sunsets from virtually every room in their home.

Jack was committed to serving his community. He was on the boards of the Pasadena Boys Club and the Pasadena chapter of the American Red Cross, was an active member of the University Club of Pasadena, the Rotary Clubs of Pasadena and Laguna Niguel, and a 50+ year volunteer with the Pasadena Tournament of Roses. As a result of his distinguished contributions to the Tournament, Jack was appointed to the organization’s Executive Committee and subsequently became President of the Tournament of Roses in 1988, presiding over the 100th Rose Parade and 75th Rose Bowl game on January 1,1989.

Jack never met a National Park he didn’t like, having visited the majority, starting as a young boy and continuing well into his 80’s. His children will recall long driving trips exploring the Western United States, wonderful excursions to Hawaii, sailing a series of Hobie Cats on Mission Bay, annual trips to Pebble Beach, and summers on Balboa Island.  Together with Karol, he explored the US and Canada by RV with a license plate to match the ambition – “CN all 49” – and visited 6 continents.

Jack will be lovingly remembered for his optimism, kindness, patience, open heart, and passion for starting each conversation with a weather report. He loved golf (playing and in later years watching), baseball (Dodgers), college football (Pac 12, and most importantly, Stanford) and the Rose Parade and Rose Bowl, which he attended each New Year’s Day for most of his life.

He is survived by his wife Karol Biggar, brother Richard Biggar (Sue), and children Mike Biggar (Risa), and Lynne Biggar; grandchildren Kelsey Biggar and Matt Biggar; stepchildren Susan King (Steve) and Bob Hezlep (Eadie); and three step-grandchildren and four step-greatgrandchildren. He was preceded in death by his father John, his mother Grace, and his first wife Carol.

The family wishes to extend their gratitude to dedicated caregivers Roland, Sanny, and Rene who ensured Jack’s last months were easy and comfortable.

A celebration of life will be held at a later date. In lieu of flowers, Jack has requested donations in his honor be made to the Pasadena Tournament of Roses or the Laguna Niguel Presbyterian Church.