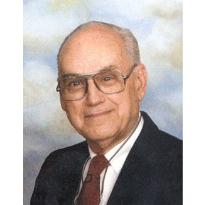 Born 11/3/20 in Topeka, Kansas died 7/23/08 in Mission Viejo, California. He was the son of Winifred Dwyer and Guy McEntyre of Topeka, Kansas.

Dr. McEntyre was Professor Emeritus of Land Surveying at Purdue University for 18 years where he and Professor Kenneth Curtis founded a 4-year land-surveying program. He also taught Civil Engineering at Kansas State University 1947-63 and for 4 years acted in capacity as a consultant to Kabul University and the Cadastral Survey Project in Kandahar, Afghanistan 1963-1967. He was past president of BSPS, ISPLS, Kansas section ASCE. He was active in NSPS, ASEE, ISPLS, ISPLS professional societies.

Dr. McEntyre was appointed an Honorary Deputy U.S. Surveyor by the Bureau of Land Management, U.S. Dept. of the Interior, May 1986. He was cited by the Board of Registration for Professional Engineers and Land Surveyors, State of Indiana, ‘For his imaginative leadership, wise counsel, and warm friendship during his years of service to the State of Indiana’, May, 1986. He was given many awards including NSPS President Emeritus Award ‘in recognition of outstanding contributions made to the NSPS organization and the surveying profession,’ an ideal also recognized in the Surveying and mapping award of 1997 given by the Surveying and Mapping Division of ASCE of 1997. The Earl Fennel Award from the ACSM and the Indiana Distinguished Service Award acknowledged his contributions in education as did the 1990 Year of Service Award given to him by ISPLS ‘in recognition of dedication and service…and education of a generation of today’s surveyors.’ The 1983 Bridge Award given by ACLS for ‘distinguished and benevolent service in bridging the decade for the betterment of society, the land surveying profession, and the future of mankind’. The Purdue University Civil Engineering Staff Award of 1986 acknowledged him as a ‘vigorous champion of ethical standards and professional education for surveyors…an expert on boundary law whose contributions will leave a lasting impact on the land surveying profession.’ The Governor of Indiana awarded him the Sagamore of the Wabash Award in 1980, stating, in part, ‘for endearing himself to the citizens of Indiana as distinguished by his humanity in living, loyalty in friendship, and inspiration in leadership.’

Dr. McEntyre joined the Army Reserve in 1940, serving active duty 1942-46. He served 2 years in the Coast Artillery Corps in the Alaska/Aleutian Campaign. He earned the Pacific Asia Service Ribbon with Campaign Star, the American Theatre Ribbon, and the WWII Victory Medal. He was a reservist until 1980 and retired as Lt. Col.

Services are being handled by O’Connor Mortuary and a funeral Mass will be held 8/14/08 at St. Kilian Church, 26872 Estanciero Dr., in Mission Viejo, CA. In lieu of flowers, contributions to the John G McEntyre Scholarship Fund may be specifically marked for the fund and sent to the Purdue Foundation, 550 Stadium Mall Dr., West Lafayette, IN, 47907.