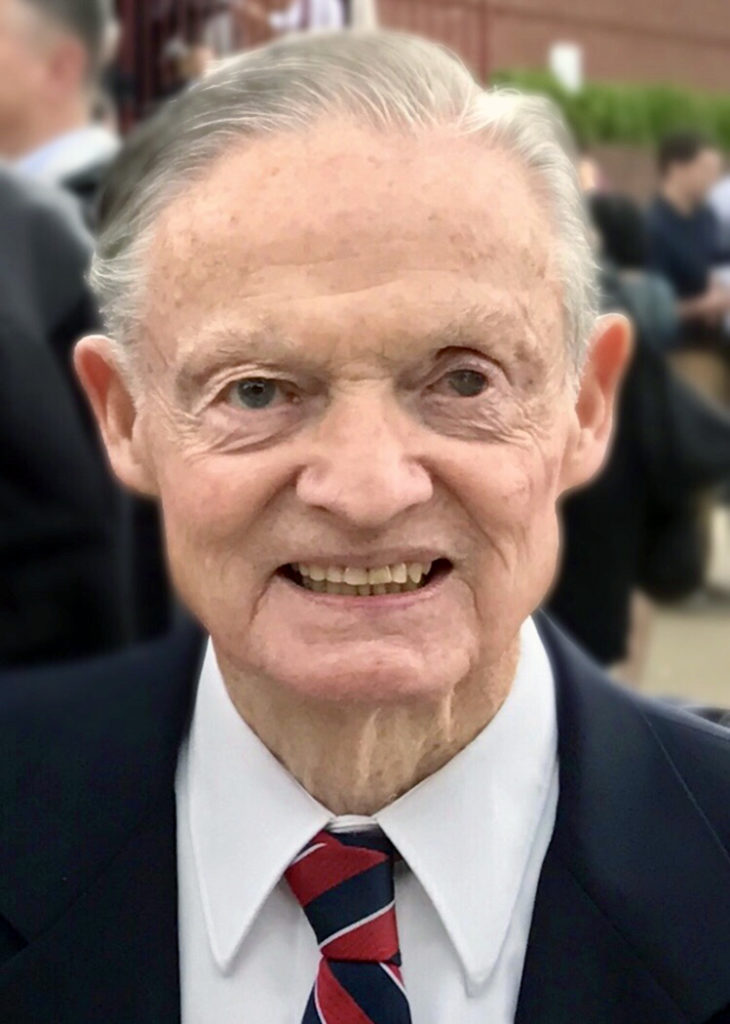 On Thursday, April 18th, 2019, John Frederick Spraker, loving husband and father, passed away in his home, surrounded by family, at the age of 86.

John was born on June 15th, 1932, in Teaneck, New Jersey. He grew up in New Jersey with his parents William and Pauline Spraker, brother Robert and sister Paula. He attended Xavier High School, a Jesuit preparatory high school for boys in New York City. Afterward, John attended Columbia College where he graduated with his degree in Business Management in 1954. He then went on to earn his Master of Science in Finance from Columbia University Business School. In between degrees, John enlisted in the United States Marine Corp where he was a First Lieutenant and served as an infantry platoon leader and company commander.

During his military service, John was stationed at Camp Pendleton in San Diego, California. It was there, at an officer’s dance, he met his future bride. On December 29th, 1956, he married his love, Patricia Corrine Lukaszweski. Together, they raised two sons, Mark and Craig, and two daughters, Michelle and Lesley.

John worked for years for various companies in business and finance, where he excelled at his job. He had a strong faith in the Catholic Church. He and Patricia regularly attended St. Timothy’s Catholic Church in Laguna Niguel. John also had a love for the Dodgers and baseball. He grew up watching the Brooklyn Dodgers and remained a fan when the Dodgers moved to Los Angeles. He enjoyed many a game at Dodger Stadium. In retirement, he contributed countless hours to raising money and helping others for a number of charities including Meals on Wheels, the Knights of Columbus, SOS (Share Our Selves) and Tempy’s Treasures. John was an extremely generous and giving man and that showed in all that he did.

John was preceded in death by his father, William, his mother, Pauline, and his brother Robert. He is survived by his beloved wife of 62 years, Patricia, his sister, Paula Decker, his four children: Mark Spraker, Michelle Robinson, Craig Spraker, and Lesley Hopper, ten grandchildren, four great-grandchildren, and his nieces and nephews.

A funeral mass will be held on Saturday, May 4th, 2019, at 10 am, at St. Timothy’s Catholic Church, located at 29102 Crown Valley Parkway, Laguna Niguel. A reception will follow in the hall at 11 am. A graveside service, for family only, is also scheduled for 2:30 pm at Ascension Cemetery in Lake Forest.
Flowers can be sent to:
O’Connor Mortuary
25301 Alicia Parkway
Laguna Hills, CA 92653