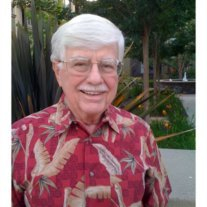 He lived in Jefferson, PA to the age of 30 and moved to the Mechanicsburg area in Central PA and was a real estate broker with Brillhart Real Estate and several other firms and would later be in the real estate business in Southern California also.

He was a commissioner for Upper Allen Township from 1968-72 and was a member of the volunteer fire company for many years and during his term as commissioner, oversaw both the police and fire departments.

He served as a president of his local Lion’s club and was a member of the Lion’s Club and the VFW both in PA and California.

He was a member of the Musician’s Union local 269 of Harrisburg and was the leader of the bands: Silver Sounds, Deluxe Edition and the Catalinas in the Central PA area and would also play drums in Southern California.

He was preceded in death by his parents and a brother, Bill Brillhart formerly of Jefferson, PA and a sister, Alice Day formerly of Glen Rock, PA.

His ashes will be interred at the Riverside National Cemetery located in California and that ceremony date is yet to be determined.