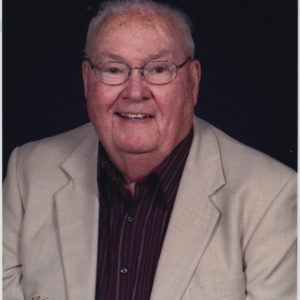 John Eugene O’Toole was born at home in 1928 in Louisburgh, County Mayo, Ireland, to Austin and Bridget O’Toole. He was the eldest of 7 children. Eugene received his primary education at the boys’ school in Louisburgh and secondary education at St. Jarlath’s boarding school in Tuam, where he was sent at the age of 12. Gene would recount many stories from his time there, which he described as spartan and challenging, particularly under the conditions of World War II.

Upon completion of his years at St. Jarlath’s, he made a commitment to study for the priesthood in the diocese of Los Angeles, California. He began his studies in Dublin at All Hallows Seminary and then transferred to St. John’s Seminary in Camarillo, California. After five years of study, he was ordained to the priesthood on September 22, 1951. He was assigned to many parishes and began his high school teaching career at St. Monica’s, the diocesan minor seminary, and Pius X High School. During this time, he completed Masters degrees in Classical studies and Education. In 1969, Gene made the decision to leave the active ministry and became an educator at Tustin High School, where he worked as teacher, counselor, and assistant principal until 1992. An avid reader, learner, and gifted teacher with a keen intellect, he maintained friendships with former students throughout his life.

Gene married his wife, Joan, in 1970. God blessed them with 50 years of marriage.

For the rest of his life, his deep faith and sense of vocation found expression in his work at St. John Neumann Parish in Irvine, California, to which he belonged since its inception in 1978. Gene founded and directed the Religious Education program, many Bible study groups, and the RCIA program there, bringing many more parishioners into the fold. He found tremendous value and satisfaction in teaching and dialogue around faith, including outreach through a number of local ecumenical and interfaith programs, notably co-founding a book study group with St. Paul’s Greek Orthodox Church in Irvine.

Gene passed away in April after a lengthy battle with cancer. In addition to his wife, he is survived by his son (John), daughter (Elizabeth), 2 granddaughters (Charlotte and Fiona), three siblings (Colm, Kathleen and William), and many nieces and nephews. 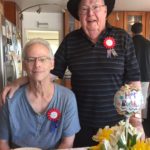 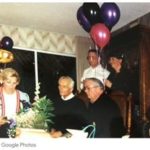