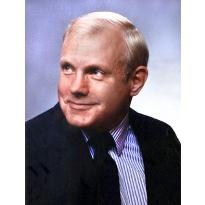 John Arthur Showalter was born on February 18th, 1944 in Baltimore, Maryland to Martha Naomi Showalter nee Lowe and James Arthur Showalter. He was raised from age 10 by his maternal aunt and uncle, Jennie and Joe Loritsch, in Parkersburg, West Virginia. Following his graduation from Parkersburg High School, John enlisted in the U.S. Marine Corps and served as a combat engineer from 1962-1968. He attended Santa Ana Community College following his discharge from the Marines.

Over the years, John was employed as a draftsman in the furniture industry and as an estimator for several Southern California aquascape companies. He was patriotic and proud of his service in the Marines. He was also a devout Roman Catholic who attended daily mass. John was a member of Contemplative Prayer, the Knights of Columbus, Kairos Prison Ministry, and an Oblate at the Prince of Peace Abbey in Oceanside, California. He also had the past distinction of being the youngest ordained deacon in Worcester, Massachusetts. He also served as a deacon in Parkersburg, West Virginia. Among his other activities, John sang for the Irvine Master Chorale, and he was an avid reader of spiritual books and a prolific writer of letters. He had an enormous heart for charitable service and brotherly love.

John is survived by his wife Julie Showalter of Laguna Hills, California; his first wife Lois Showalter and sons Jason and Stephen Showalter of Parkersburg, West Virginia; five grandchildren Samantha, Laiken, Gage, Zoe and Jestin of Parkersburg, West Virginia; and brother Joe Showalter and sisters Rose Angel and Chris Miller of Akron, Ohio. John joined his Heavenly Father on January 22, 2011 and will be sorely missed by all who knew him.