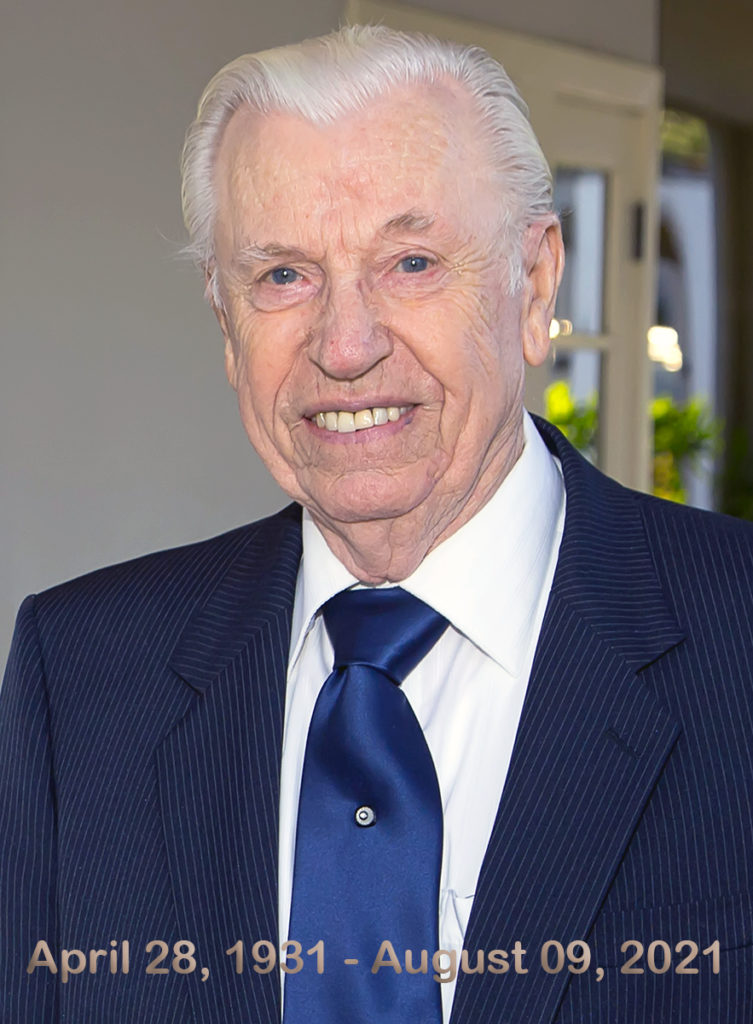 On Monday, August 09, 2021, Johannes Bartholomew Heemskerk, loving husband and father of three children, peacefully passed away in his home at the age of 90. He was preceded in death by his son Steven Heemskerk and survived by his beloved wife Geertruida (Truus), and children, Suzette McCauley and Jack Heemskerk. “Joe” was blessed with 4 wonderful granddaughters (Dr. Heather McCauley, Brittany, Sara and Kellie) from his daughter’s marriage to Brett McCauley.

“Joe” was one of nine children, born in Holland on April 28, 1931. He and his family lived through the German occupation of Holland from age 9 to 14. At age 18, he joined the Dutch Army and served in Papua New Guinea during the early days of the West New Guinea dispute (1950-1962) . After serving his beloved Holland and beginning a small business with his brother, William, he and his future wife, Truus, sailed to New Zealand to get married and start a new life together. Two years later, providence provided an opportunity for US citizenship through his sister, Marianna Davis, who married an American, Luther “Oddy” Davis who was in the US Airforce. They moved to Los Angeles California in 1957 and settled down in Whittier where they raised their three children. Joe lived the American dream with hard work and provided for his family a beautiful home along with membership to Friendly Hills Country Club where the whole family picked up the game of golf that he loved so much. The Heemskerk family also enjoyed fishing off San Clemente coast and snow skiing in the Sierra mountains.

Joe retired in 1998 from J Herbert Hall Jewelers where he operated as an independent watch and clock repairman. After retiring, Joe and Truus moved to Mission Viejo mostly to be near Saint Michael’s Abbey where they became Third Order Norbertines. The Norbertine Abbey would be their spiritual lifeline giving them the strength to face life’s challenges. Joe was loved at the Abbey and will be greatly missed until we all gather again in our Heavenly Father’s house in heaven.