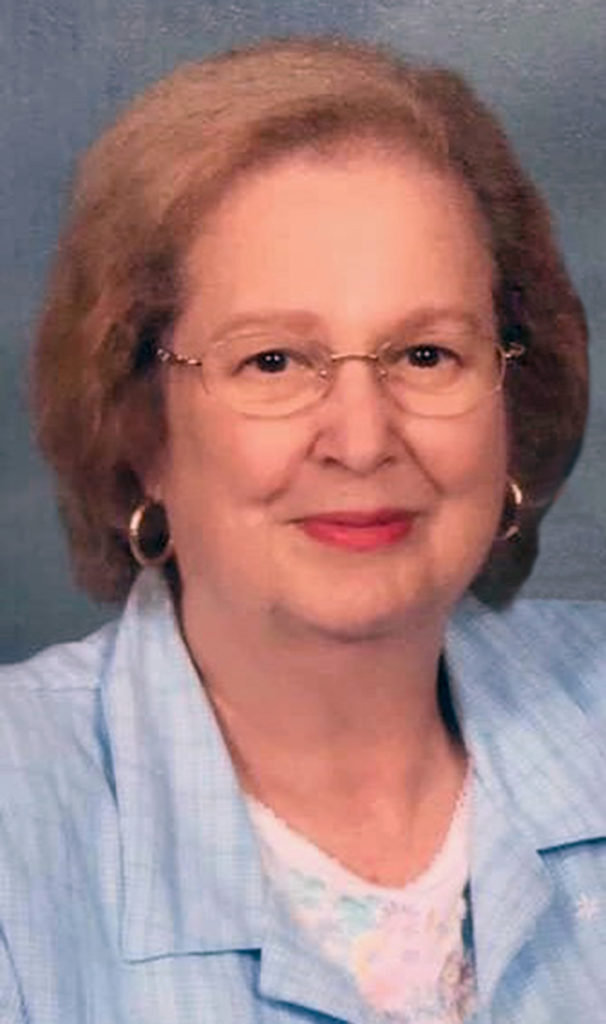 Joanne T. Cicchese, a loving wife and nurturing mother, who was passionate about her Roman Catholic faith, died peacefully on Oct. 22, 2020. She was 88.

A California native, Mrs. Cicchese lived in the Bay Area, the Central Valley, and in Los Angeles and Orange counties. She was born in Oakland, Calif. on Aug. 4, 1932 to John and Mary Recktenwald during the Great Depression. Her family moved multiple times during that difficult economic era, but eventually settled in Pleasanton, Calif.

It was in that then small East Bay Area town that Mrs. Cicchese’s father would run the Post Office, and she would go on to graduate from Amador Valley High School. From there she took a clerical job with the Alameda County Farm Bureau. After her father told her that nearby Parks Air Force Base had better paying jobs, she accepted a civilian secretarial position on the base. That decision changed the course of her life.

She was “fixed up” on a date with Sgt. Joseph Cicchese from Reno, Nev. Four months later they professed their love and commitment to each other on Oct. 4, 1953 at St. Augustine Catholic Church in Pleasanton. That bond only grew stronger in a marriage that lasted more than 65 years.

In 1955 Mrs. Cicchese moved to Southern California with her husband and their first born child. The family lived in Los Angeles, and Canoga Park before coming to Orange County in 1968. At the time they moved to Cypress they had 2 children, a third on the way, and their house backed up to a dairy farm. A few short years later the cows moved to Chino, and new housing tracts came in as Cypress grew.

Across the street was St. Irenaeus Catholic Church. Mrs. Cicchese and her husband were active parishioners. They hosted Teen Club dinners, volunteered at the parish school, and served as co-chairs of the annual Parish Fiesta. For Mrs. Cicchese her volunteerism at St. Irenaeus came naturally. It was a byproduct of her devotion to Roman Catholicism, and the importance she placed on her faith as the foundation of her life.

Having been a stay-at-home Mom more than 20 years, Mrs. Cicchese began working for the Cypress Police Department. She spent most of her 17 years with the department serving as the secretary for the Investigation Bureau. Her duties included transcribing recorded interviews by detectives of witnesses, victims and suspects as part of case documentation. It was the investigation into 3 teen-age boys being abused by the director of the Boy’s Club that was the toughest for her. The case resulted in a conviction and a 14-year prison sentence of the abuser.

Throughout Mrs. Cicchese’s life she had various hobbies that displayed her creative side. She did ceramics for a few years, and then found needlepoint. Many hand-stitched pillows, and framed patterns filled her house. Her most lavish work would be large Christmas stockings she made for each member of the family.

She loved music, not only listening to it, but playing it and dancing to it. Her childhood music lessons resulted in regular in-house recitals when she would sit at the living room organ and fill the house with music. Mrs. Cicchese also loved to dance to Big Band Era music. When she and her husband took to the dance floor they showed a grace and poetry in motion that made them suburbia’s Fred Astaire and Ginger Rogers.

Mrs. Cicchese was also an avid reader, a combination of fiction and books on history. She was also a cruciverbalist, which is term coined in recent years to mean a crossword puzzle enthusiast. This was an activity she continued to the end of her life. It was one activity she would not let Alzheimer’s Disease take away.

For decades, the family summer vacation destination was Lake Tahoe. In retirement, however, Mrs. Cicchese let it be known that she wanted to see more of the world. She and her husband would experience the tropical beauty of Hawaii, and be awed by the rugged terrain of Alaska. They would go on to visit the monuments of Washington, D.C., and the quaint charm of New England. But their biggest sojourn was to Europe. They started in London and ended in Rome, with many stops in between, including Paris, Geneva, Venice and Florence. For them, it was the trip of a lifetime.

Although Alzheimer’s Disease made her last few years difficult, the memories her children have are those of a woman dedicated to being a mother. She had the combination of being loving and nurturing, and also a clear communicator regarding the boundaries of right and wrong, and how to be respectful of others. The moral compass she instilled in them is a part of her legacy.