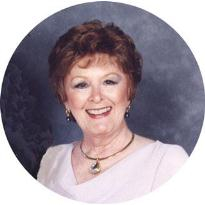 Joan Frances Schario Knaggs, age 78, a resident of the Palmia community in Mission Viejo, California passed away on Saturday, October 2, 2010 at Mission Hospital after a long lung cancer illness.

Joan was born March 15, 1932 in Kitchener Ontario Canada, the youngest of four children, Leon, Dorothy and Mary. She enjoyed a loving childhood and married Robert, her husband of 57 years, on June 20, 1953. Opportunity brought them to Los Angeles in 1957 to live in Burbank, California. She had much success as a fashion model and in TV commercials until she became a full time homemaker after the birth of her sons, Rob and Ryan. Joan and the family moved to Santa Ana in 1972 and again to Mission Viejo in 1997. Her interest was mainly a love of family and comforting, as well as gardening, but her national recognition was from her manufacturing company ‘Loveable Lasting Treasures’ that produced and successfully marketed artist teddy bears for many years.

Joan will forever be missed by Robert, Rob and Laura, Ryan and Debbie, Kelly and Kristy, and her sister, Dorothy and nieces, Judy and Jane.

Funeral Mass will be celebrated at St. Kilian’s Catholic Church, Mission Viejo on Saturday, October 16 at 11AM, reception afterwards, with interment at 2PM at Ascension Cemetery, Lake Forest, CA.

The family is thankful for the kind assistance, support and comfort of the staffs of Mission Hospital, O’Connor Mortuary and St. Kilian Catholic Church.