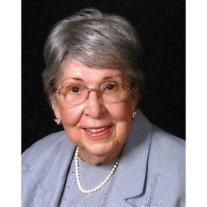 Joan was born in Newton Kansas, the daughter of Clarence and Leona Francis. Upon her graduation from high school she came to Los Angeles to continue her art training at the prestigious Otis Art Institute.

In June 1946 she married Robert Kendall Burch and together they reared daughter Michele and sons Patrick, Timothy, Kevin and Shawn. Today the family has expanded to include14 grandchildren and 12 great-grandchildren.

In 1949 she followed husband Bob to Fairbanks, Alaska during his Air Force assignment there and worked as a goldsmith, making nugget jewelry for the tourist trade. When her employer retired she continue making nugget jewelry under her trade name Joan of Art. After their return to the “lower 48″ and her children grew older she once again took up her paint brushes. Today her paintings grace fine homes in the mid-Atlantic states, the Midwest and along the Pacific Coast from Seattle to San Diego. Joan and Bob have lived in Laguna Niguel for the past 25 years where Joan continued to paint when not at the bridge table. Joan and Bob also have been active members of St Timothy Catholic Church. Joan will be sorely missed by her family and her many friends, but will be consoled in knowing that she is now with God.

Mass will be held at St Timothy’s Catholic Church in Laguna Niguel on Thursday, April 4th at 11 AM.