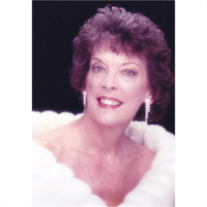 Jo was a native Californian who graduated from Hamilton High in Los Angeles in 1951. She attended the University of California Santa Barbara where she was an active member of the Alpha Phi sorority. She met her husband William Campbell while at Santa Barbara and they were married March 5th, 1955.

In addition to raising her 3 children, Jo enjoyed traveling, board games and spending time with her family. She worked at the Daily Pilot newspaper from 1977 to 1982 and various real estate development firms in Southern California over the years. She was active member of the Palmia community in Mission Viejo and enjoyed being in various social and volunteer groups such as Veterans Group luncheons, swim aerobics and Garden Club. She was also member and active volunteer at St. John’s Episcopal Church in Rancho Santa Margarita.

In lieu of flowers memorial donations may be made to the Michael J. Fox Foundation for Parkinson Research or Autism Speaks.