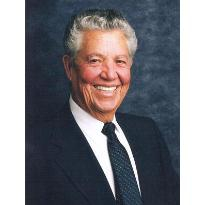 Felipe de Jesus Jesse Michel was born in Eden Gardens, Solana Beach, California on February 5, 1930. He was the 5th of eight children born to Prudencio and Romualda Michel and the only one of them to be a natural U.S. born citizen. As an infant, he was taken back to Mexico and later returned to the United States at the age of 14. He attended schools in Oxnard and Los Angeles, California.

In 1956 while going through the induction process to join the armed forces, Jesse was diagnosed with Hansen’s Disease and was exiled to Carville, Louisiana where he spent 7 years undergoing treatment.

It was there that he met the love of his life, Jessica, and they were married in 1969.

Jesse began working for Reeves Rubber Company as a line press operator in 1964. The company was sold to Kirkhill Rubber Company and Jesse remained with the company until his retirement in 1997. At the time he participated in the deaconate program and on June 7, 1975 he was ordained. He served as a Deacon at San Felipe de Jesus Chapel and at Saint Edward Catholic Church.

He was preceded in death by his parents, and siblings Maria, Porfirio, Rosalio, Victoria, Biatriz, Florencia and his wife Jessica. He is survived by his only remaining sibling, Biatriz Michel Espinosa and 33 nephews and nieces.

In lieu of flowers, Jesse requested that donations be made to St. Edward Christian Service.