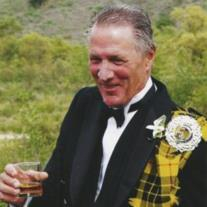 On April 20th, 2015 Jerry Lynn Beck was called home by our Heavenly Father after a short and honorable battle with lung cancer. He was surround by his family and was held embraced in the arms of our Lord upon his leaving.

He was born August 09th 1944 in Torrance California to Elvira (Peggy) and William (Pete) Beck.
Jerry was their only son and was a welcomed addition to the family. He was named by his elder sisters because, “..they thought it a lovely sounding name..” During his childhood Jerry was a typical boy of the early 1950’s. He played many sports and loved dressing up as a cowboy and engaging in mock “Cowboys vs. Indians” battles with childhood friends. One of Jerry’s closet childhood friends happened to be his nephew, who was born three years after Jerry. Jerry developed and maintained a love of surfing, fishing and beach life, which he maintained throughout his life.

In 1964 Jerry answered his country’s call to serve when he was drafted into the Army. He served on Active Duty from 1964-1967 with various armored units. After his active enlistment he joined the California Army National Guard and served within its armored units from 1967-1972. His main vehicle was the M48 “Patton” Main Battle Tank, he held every position within the tank crew from loader, to driver, to gunner, and finally tank commander. During his time in the National Guard he was called to serve during the riots in 1970 which took place in the college town of Isla Vista, a city outside of the campus of the University of California Santa Barbara. He left military service with the rank of Sergeant in 1972.

Upon leaving Active Duty service, Jerry joined the Los Angeles Police Department in the summer of 1967 and graduated the Police Academy in January 1968. He served 34 years with the LAPD obtaining the rank of Police Officer 3 (P3). He served in many specialized units within the LAPD, but the unit he loved the most and served the longest in was the Motorcycle Unit. He was an avid rider and loved his bikes. Unfortunately, he was involved in an on-duty accident resulting in a serious injury to his back, which ended his time in the Motor unit. Jerry then went on to serve as a Board Member of the LAPD’s Police Union, the Los Angeles Police Protective League (LAPPL). He served two terms with the LAPPL, one as Treasurer and the other as Vice-President. Upon his retirement from the LAPD he continued to serve the City of Los Angeles for an additional 6 years as a Special Investigator with the LA City Attorney’s Office.

Upon this retirement he worked for Hertz Rental as a Regional Cooperate Security Manager, until his death.

Throughout his life Jerry had a wonderful sense of humor, loved practical jokes, and had the “gift of gab”. He was a charming man who could sell ice to Eskimos and convince people in a pool they were dry. He had a strong love of his family and friends, and while he may not have always verbalized it, his love showed in his actions towards them. He genuinely cared for people and would willing give them the shirt off his back. Jerry held his religion in high-regard and later in his life became even more devoted to his faith and family.

The world has lost a great man, who lived his life in service to others, who bore the burdens so others may live unburdened. He asked for no recognition or reward; knowing those he served lived freely and safe was all he cared about.

Jerry left us safe, loved, and happy. He awaits the time when we may once more accompany him on that beach, fishing pole in hand, and waiting to hear another one of his stories.

In lieu of flowers, donations can be made to Wounded Warrior Project in Jerry Beck’s honor: https://support.woundedwarriorproject.org/default.aspx?tsid=72