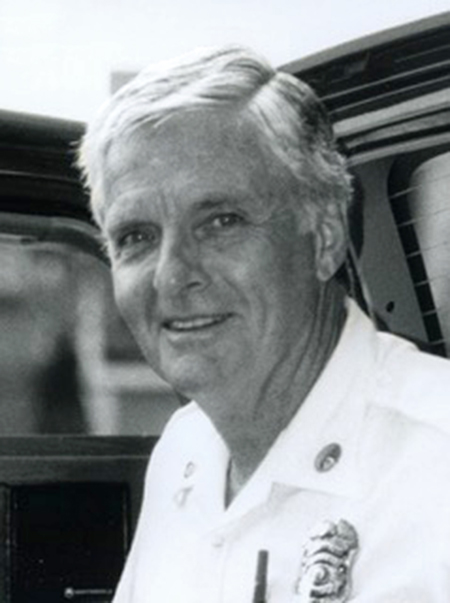 Jerry was born the youngest of four children to John and Glory Hayes in Los Angeles on January 23, 1940. While growing up in the Leimert Park area, he attended Transfiguration Catholic Grammar School and started developing his passion for sports. Jerry attended Mount Carmel High School, and ultimately graduated from St. John Vianney Catholic High School in 1959 where he excelled in basketball and baseball, earning All-CIF and Catholic High School All-American honors in basketball. Jerry went on to play basketball at Monterrey Peninsula College. In October 1962, he joined the National Guard and began basic training at Fort Ord, CA.

Jerry started his career with the Beverly Hills Fire Department in February 1966. He moved through the ranks, eventually retiring as a battalion chief in 1997. He loved and appreciated his career as a firefighter.

Jerry married Lucy Caput in 1963 and enjoyed 56 years of marriage. They settled down in West Hills to raise their four children, Jane, Kathleen, Timothy, and Bridget. He shared his avid love of sports with his children, coaching many of their teams through the years. Jerry enjoyed being active in the St. Bernardine of Siena parish and Chaminade College Prep communities. After retiring, he and Lucy moved to Laguna Niguel.

Jerry had a passion for two things, his family and his dogs. He had twelve canine companions during his life that he treated like his children. He was proud of his Irish heritage, visiting Ireland, attending Irish festivals, enjoying Irish music, and making the pilgrimage to South Bend several times with his son and sons-in-law to watch the Notre Dame Fighting Irish.

Jerry was preceded in death by his parents and sister, Jeannie. He is survived by his brother, John Hayes, and sister, Mary Browne. Jerry is survived by his wife, Lucy; his four children and their spouses, Jane and Greg Sad, Kathleen and Plowden Schumacher, Timothy and Anne Hayes, and Bridget and John Phalen; his twelve grandchildren, extended family and his dogs, Wolfie and Tana.

Jeremiah will be interred at Holy Cross Catholic Cemetery in Culver City. As a result of the current restrictions, a celebration of life will be planned at a later date.