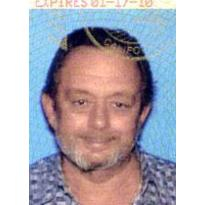 Jerry worked 23 years at Parker-Hannifin in Irvine as a Supervisor in their machine shop.

His hobbies were boating, fishing and bowling.

A Memorial Service will be held on Saturday, December 2, 2006 ~ 1:00 P.M. at O’Connor Mortuary in Laguna Hills California.

In lieu of flowers, donations may be made in Frank’s memory to your favor charity.