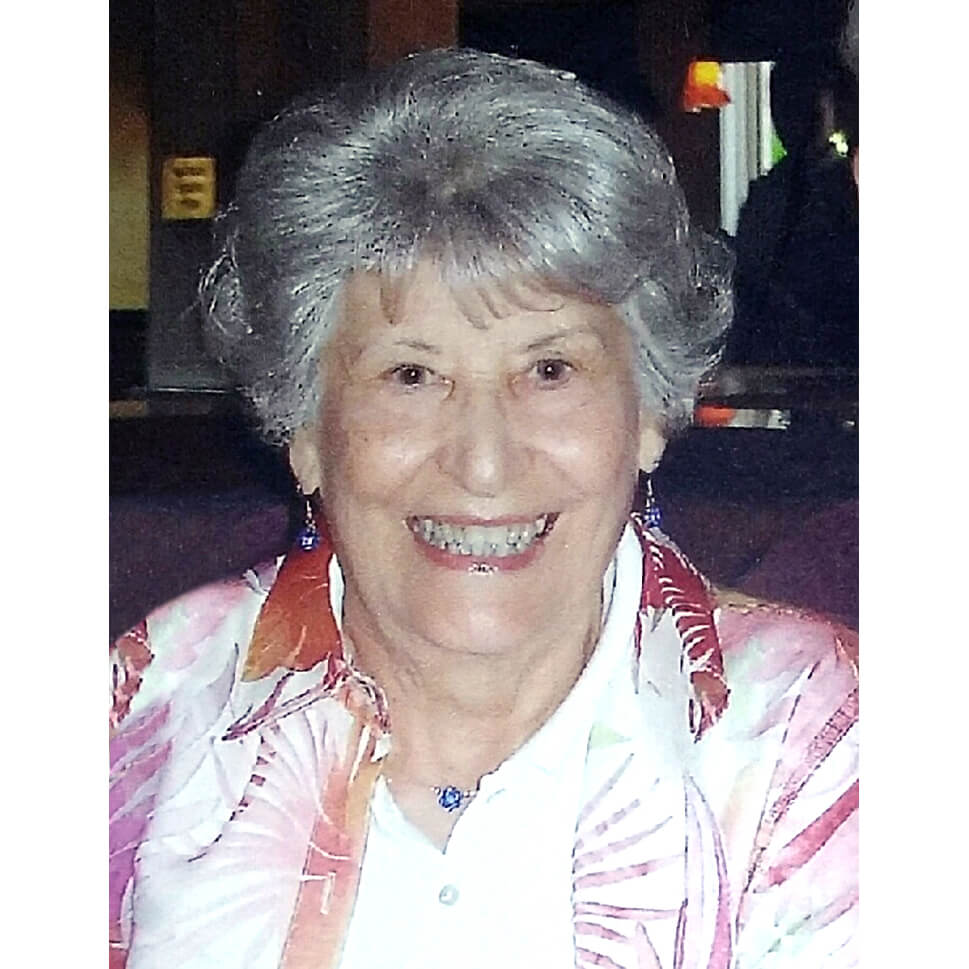 Jennie Castillon was born in Hurley, New Mexico on May 27, 1921, and  passed from death to eternal life on January 13, 2018 in Escondido.  “‹”‹After a 96 year run, Jennie has begun her new life with Our Lord.  She was an amazing woman who lived an incredible life as a true servant leader.  She traveled the world seeking people to whom she could give help.  She even met two Saints in her lifetime!  She will be missed by her family: four children (three on earth, one in heaven), 12 grandchildren, and 16 great-grandchildren.

Along with her family of twelve brothers and sisters, Jennie spent most of her formative years in Los Angeles.  She graduated from Roosevelt High School with both a cosmetology license and the highest honors in mathematics.  At the end of WW II, Jennie married Augustine “Gus” Castillon and they lived in married student housing at USC and UCLA.  They lived in Culver City and then moved to Orange County in the 1950s, where they raised their four children in Garden Grove.

Jennie is well known for founding the Orange County charity organization CorazÃ³nin the 1970s.  A devout Catholic woman, she devoted three decades of her life to helping the poorest of the poor in Tijuana, driving down to the most deprived and destitute areas of the city with the blue vans full of food, clothes and supplies.  These weekly missions helped feed and clothe thousands of people over the years.  She was instrumental in setting up a medical clinic, and sponsoring a home for orphans.  Over the last 40 years doctors, dentists, priests, and thousands of volunteers have given of their time and hearts to CorazÃ³n.  CorazÃ³n was a central part of the lives of the entire family, as all of her children and grandchildren rode in those vans across the border to serve and feed the poor, or work on a “home build”.  Everyone who ever called Jennie will remember her joyfully answering the phone, “Praise the Lord!” in lieu of “Hello.”

Jennie also traveled on multiple occasions to work with (now Saint) Mother Theresa in a Calcutta leper colony.  In 1985 she was invited by Archbishop Tomas Clavel to Rome for an audience with (now Saint) Pope John Paul II, where she also attended mass in his private chapel.  For her charity work with CorazÃ³n, she recieved honors from: The Orange County Register in conjunction with The California Angels; The National Enquirer’s Good Samaritan Award, for which she was honored by John Glen and entered into the U.S. Congressional Record; LULAC; Carl Karcher Enterprises; and in 1985 was chosen as Catholic Woman of the Year for Orange County.  She was beloved in the Catholic communities of Lake Arrowhead and Merida, Mexico, where she spent many of her vacation times organizing and leading prayer groups among the Spanish-speaking people.

We pray for her to receive a wonderful reception in heaven where she will be reunited with her husband Gus (also a CorazÃ³n volunteer), her son Eddie, and thousands of people who she worked with and served.