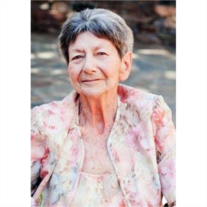 On April 6, 2017 Jennie Mangiola passed away after several years of chronic illnesses.

Jennie was born in Brooklyn, NY and married Dominick in 1949. In 1954, she moved with her young family to Kings Park, NY where she raised her three sons. In 1986 she and her husband retired to Rancho Santa Margarita, CA. She remained in the Southern California area until her death.